You have been hearing all kind of news about the Housing Market recently.

Thus, I'd like to take this opportunity and show you some numbers and facts that the media will not say.

"During the 70's, 80's and 90's, there were significant changes in the economy, some of which were reflected in the housing market.

The trend was always the same. The housing market rode it out and improved. 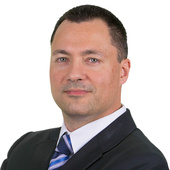