Once again ...Pittsburgh voted one of the 10 most livable cities.

We western Pennsylvanians boast our loyalty and love for our Pittsburgh's sports teams...

The terrible towels waive across the world during football season.....  the excitement from the Penguins Hockey fans, again unmatched ....and even  support for out Pittsburgh Pirates who ..even though struggling will ..one day   return  to the WINNING Pirates of the 70's.....

all this.... a part of why we love Pittsburgh. Yes to be a part of Steeler Nation is part of the legacy of Pittsburgh

Pittsburgh is a beautiful, diversified, dynamic city. where past & future melt into an exciting place to call " HOME " Unlike other areas, the housing market in the Pittsburgh has held it's own according to

A positive outlook for 2013. now that is something to be excited about 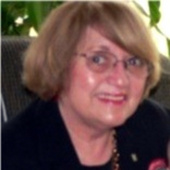