Year-over-year, home prices gained 4.9 percent nationwide, according to the report. For 2013, home prices are forecasted to increase by 2.1 percent.

“Overall the housing recovery still shows evidence of pushing ahead,” says Alex Villacorta, director of research and analytics at Clear Capital. “Quarterly home prices mostly mirrored those of last month and suggest that some buyers took pause in the initial winter months. Yet, looking back over 2012, national yearly price gains of 4.9 percent are still strong.”

“2013 should be interesting for the housing market, where national gains should continue to see upward growth but likely at a more modest rate,” Villacorta says. “Keeping in mind our current gains are off market lows at the start of the year, 2013 gains will be measured against a higher price floor after a full year of recovery.”

Still, Villacorta says there are plenty of housing deals across the country to meet home buyer and investor demand.

The West has been a “front-runner of the recovery,” according to Clear Capital. The Western region has posted some of the largest increases in home prices, such as a 2.1 percent boost in December. Year-over-year, the West posted 11.8 percent growth.

“The ramp up in gains reflects a market that was hard-hit, and, like national prices, saw its lowest price level at the start of 2012,” according to Clear Capital. “A forecast of just 2.8 percent for 2013 points to a moderating recovery for the West, as buyers adjust to a higher-priced market.”

Hi Karen,     inventory decreasing and prices increasing here in Orange County, offrs galore....appears we are in for an exciting 2013.. 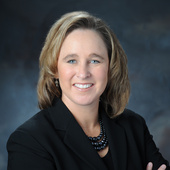