Hopefully, "flipping" is a word familiar to most.  At least I hope most know what I am going to write about here.  And no, not flipping 'burgers!

The end of the year, and the beginning of the new, finds many agents in our area (Fredericksburg Virginia) preparing paperwork to support their proof of the past year's production.  There are some that use these numbers to validate their designations as top producers in their local associations.  "Million Dollar Producers" they are called in some areas.  Now that could be the subject of another blog.

Wonder how much flipping we are going to see in the year ahead.  Foreclosures will, IMHO, become quite prevalent in 2007.  Thus far there have not been too many appearing in our MLS system.  However, there are some indications of preforeclosure actions.

The reason I thought it interesting to begin this blog post was that I saw a listing that was entered during the past week in the MRIS (Metropolitan Regional Information System).  The same agent was the listing agent on two listings; both for the same address.  Both, apparently, were listings for a "new" home.  Both listings were entered on the same date (retroactively).  One sale was for $X and the next was for $X + $15,000.  Agent conveniently disguised the name of the sellers.  Everything I read in the listing indicated that the only way both could be accurate was if there was "flipping" involved.

Another thing that entered my mind was that perhaps the agent was getting prepared to submit their "production" figures to the body that issues the top producer awards.  Hopefully, that was not the case here.

Show All Comments
Allison Stewart
St.Cloud Homes - Saint Cloud, FL
St. Cloud Fl Realtor, Osceola County Real Estate 407-616-9904
Hmmm  Buy low, fix, repair,replace, resell for profit in a short turn around time frame. The basic flip. Used to be making 20-30% was enough. Not lately. From what we have seen here (Florida) 100-300% is what they hope to achieve. As the market slowed they were the first to bail out. When the profit margin could not be realized, the incentive to refurbish, renovate, rebuild...was equally diminished. Also lower priced homes became more of a challenge to find. (Also a decrease in profit margin) In foreclosure cases the bank will always try to get "market value" for a property they hold. In tax sales...it is a different scenario.There is profit to be made that is substantial Paid over made mathematics... I think you may see a lot less flipping...but every market is different.
Like
Jim Crawford
Maximum One Executive REALTORS® - Atlanta, GA
Jim Crawford Atlanta Best Listing Agents & REALTOR

Great insights!  I wonder how much of flipping is for real, and how much of what we see is fraud?  We received a call the other day from our Atlanta real estate website on a home that was listed for about 899K.  The agent that purchased it 6 months ago purchased it for around 580K.  If you look up the listing photos from previous listing entry they are identical.  No change, no additions.  All the work was done by previous owners.  The neightborhood supports perhaps a 600K price.  I cannot help but think that someone is being set up.  A buyer from outside the country, a cash buyer, and an agent that no doubt is not worrying about an appraisal for that special buyer.

I think the days of major flipping are over for a while.  We will not see that type of flipping in our lifetimes again.

Like
Tracy Santrock
Fonville Morisey/Santrock Realty Group, Inc. - Cary, NC
Raleigh - Cary Realtor/Broker In Charge
My market has never really been a "flip" market.  We've had steady appreciation and not the real ups and downs seen in other markets.  As such, as the year has worn on with tighter lending restrictions, I think you'll see less and less of this.
Like
Ed DeChristopher
Fredericksburg Realty, Inc. - Fredericksburg, VA
CRS Fredericksburg VA

Tracy - Hopefully, we have seen the last of it for a few years.  It has happened before and I am sure it will happen again (the next time the market goes haywire).  Remember "He who lives by the sword will die by the sword." 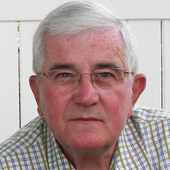 over 4 years ago
bookmark_borderbookmark
How Do They Get Away With It?
View more Recent Posts   arrow_forwards