Twelve properties sold ranging in price from $61,000 to $142,000. One property is four bedrooms and the balance is all three bedrooms. Five properties have two bathrooms, six have 2 ½ bathrooms, one has three bathrooms.

Berkshire Manor is still a great deal due to its prime location.

All information was obtained from local MLS service, and is deemed accurate, but not guaranteed.

Groups:
Working Smarter Not Harder
Be The Best In Your Field
EXPRESS WITH WORDS AT ACTIVERAIN
"Whacked"!!! 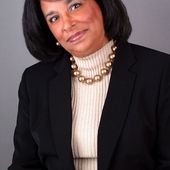