Harris Real Estate University consistently keeps you up to date and in the know before it happens.  Real Estate shows great promise in 2013 and beyond.  It's time to get off the fence and act now.  If you or someone you know is ready to sell or buy a home contact an educated and certified Realtor.

Experts agree that home values hit bottom sometime in early 2012.  Zillow Home Value Forecast (see methodology here) shows that 67 of the 156 markets it covers will experience an increase in home values over the next 12 months. Nationally, Zillow forecasts home values will rise 1.1 percent.

Home price increases will exceed inflation in most housing markets for the first time in nearly 7 years. Investors, first time buyers and move up buyers will return to the housing market in earnest. In many markets demand will out strip supply for homes in FHA price ranges.

In the past three months, Trulia’s Housing Barometer has risen from 34% to 47%, which is the largest quarterly increase since they started tracking  eighteen months ago. Not only is the housing market closer to normal than at any other point since the crisis, the recovery is also accelerating.

2) The Mortgage Debt Relief Act of 2007 WILL Be Extended (Perhaps Becoming Permanent).

I was told by a very high level wired-in D.C. real estate industry insider that President Obama, the House and the Senate are ALL behind extending the 2007 Mortgage Debt Relief Act.

WORST case the Act isn’t extended by the end of the year…then what happens? I would suggest that if for some reason the politicians can’t get avoid the ‘Fiscal Cliff’ and the Act were to expire once an agreement was finalized (and the extension was part of that agreement) the tax forgiveness would be retroactive.

4) Mortgages Will Continue To Be A Challenge.

* Regulation: Dodd-Frank Rules governing risk retention and a borrower’s ability to repay a loan have yet to be released for 2013. Many critical measures have yet to be resolved such as what is a QRM (Qualified Residential Mortgage).

* Borrower Expense: Because of the inevitable added expense on mortgages to comply with the Dodd-Frank Rules the cost to obtain a mortgage will increase significantly. Expect borrowers to have to double their loan fees in 2013.

* Appraisals: Appraisals will continue to be a thorn in the side of mortgages. Anyone in the real estate industry knows that the appraisal industry is a mess. Under appraisals from inexperienced out of area appraisers will be the norm in 2013.

5) Rentals Will Continue To Be In-Demand.

* Bad Credit: Millions of would-be buyers are still licking their wounds from the 2007-08 housing crash. However, for those who short sold their homes 2-3 years ago a FHA mortgage is now a possibility….

* Down Payment: For loans over the FHA lending limits 20% is the norm. For Jumbo loans the new-norm is 30%. The FHA does have very attractive low downpayment programs for qualifying mortgages provided the borrower is willing and able to go ‘full doc’.

* Renting SAVES Money (In some markets): Ask yourself this question, “If you KNEW your home would have little to any true appreciation (not just having the price increase over time in accordance with inflation) would you buy it?”. In other words, if you could RENT a home for LESS than what the mortgage payment would be..would you choose to rent or own? In major housing markets across the US that is the question all would-be buyers ask themselves.

Underwater Owners are still dominating most major housing markets. Its estimated that there are almost 20,000,000 homeowners underwater in their mortgages. Lets create perspective for that staggering number:

* In a healthy housing market there are close to 5,000,000 home sales per year. (with 20 Million owners underwater how long will it take for the market to return to ‘healthy’).

* According to Zillow if you are a 40 year old homeowner there is a 50% chance that you are underwater. Why is that important? When you are in your 40s most folks are in their prime earning years. Additionally, your organic move up buyers have historically been in their 40′s. With half of these prime real estate consumers locked into their underwater homes (consider, no equity = no downpayment) the move up price ranges will continue to lag the overall housing recovery.

Don’t expect there to be any significant slow down in mortgage delinquencies until the overall economy improves creating more housing demand.

I realize that I am preaching to the converted with this prediction considering that many of you are HARRIS REAL ESTATE UNIVERSITY ASD (Accredited Short Sale Designation) agents.

* Short Sales are the preferred solution for underwater owners. Short Sales are no longer on the fringe of the real estate industry. Underwater owners expressly look for agents who know how to do short sales.  In 2007 when HREU brought short sale eduction to a national real estate audience the #1 question we were asked was, “what is a short sale“. 7 years later if you aren’t listing and selling short sales YOU ARE on the fringe of the market.

* Expert no more. Fear over potential legal actions and E&O Insurance coverage will result in brokers and agents alike reconsidering the use of the word ‘Expert’ when describing their real estate services.

Here is a comment from a reader who is also an attorney:

”Most realtors have been ignoring this advice since short sales became popular. I guess time will tell when the lawsuits begin and realtors find out that their E & O coverage is not going to cover them as they thought.” Attorney David Blucher

Listen to a recent HREU Superstar Interview with an attorney where he warns of potential downfalls of agents who market themselves as ‘Short Sale Experts’.

8) Shadow Inventory Comes Out of Hiding.

Lets review what the ‘Shadow Inventory IS vs what the press has been reporting it to be. The banks have been saying for years that there really is no true Shadow Inventory in the sense that there aren’t millions of homes that they have foreclosed on and have yet to put on the market. This has never happened and certainly won’t in an improving housing market.

What could be rightfully labeled the ‘Shadow Inventory’ are the millions of homes in the Housing Have-Not areas of the US where the banks are very slow to foreclose. For example, in many parts of the US it is still common for an owner to miss a house payment and not have any foreclosure actions taken against them for months…if not years. Why? The banks don’t want to take their home back!

Expect a steady consistent flow of REOs hitting the market throughout the 2013. Expect 2013 to surpass even 2008 for new REO listings. Of course this will also benefit agents who are making money from BPOs.

Urgent Agent Alert: What do the top 5567 REO listing agents know that you don’t? Learn how to cash in on the REO and BPO explosion that is happening NOW. Watch the FREE Agent REO/ BPO Secrets video and download the FREE Book.

Our friends at ForeclosureRadar.com originally reported on this trend 2 years ago. What will happen in 2013 is the banks will foreclose faster with fewer delays on the homes that they know will lose them the least money.  Makes perfect sense.

In the areas of the country where housing is making its strongest come back (See point 1 above) the banks will take back homes in shorter time periods not experienced in years. Think months vs years as has been the norm for the past few years.

Nationally this will continue to be a  very uneven housing recovery. Or what I am calling the Housing-Haves and Have-Nots. The strongest, quickest recovering housing markets (The Housing-Haves) will get stronger as the banks clear out the distressed inventory faster. The slower to recover housing markets will experience the banks taking months (if not years) longer to foreclose. If you live in Miami where the housing market is wildly believed to be  roaring back and you are in default don’t expect the process to take as long as someone in Detroit.

11) Owning A Home IS The American Dream (Don’t Let Anyone Tell You Otherwise!)

The 2007-2008 housing crash put on ice many Americans home ownership dreams. In 2013 that ice will thaw. Many believed that the long term trend towards ownership had been replaced by the new trend of renter-ship. What will become very clear in 2013 is that not only is that the American Dream IS Home Ownership.

Yes, I said it. And I absolutely mean it. Income levels for many agents will return to pre-crash levels in 2013. Sales commissions will increase along with home prices. In all but the hardest hit housing markets 2013 will feel like the best housing market in 5-7 years. Because it WILL BE.

Expect all facets of the real estate industry to roar back to life. Most notably:

* Incomes will increase. However this time there will be a new found sense of appreciation for the income. Gone will be the sense of income entitlement that many agents fell victim to during the real estate bubble. Still fresh on the minds of the real estate industry is what happens when you become over extended and don’t save for a rainy day.

* The National Association of Realtors (and the state associations of Realtors) will experience growth in new members not experienced in years. I don’t expect this trend to go unnoticed until late summer 2013 when its clear that the real estate industry is recovering faster than other aspects of the economy. Those looking for employment will find their ways into the real estate industry after having given up on trying to find a job. 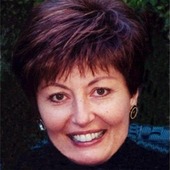