Where I've Been The Last Two Months - Up Close And Personal

Yesterday I came across an email from Active Rain asking us to blog about a life changing event. Well, I've been wanting to break out and do exactly that and I guess this is the best time to do that.  I'm typing today from my room at Stonebridge Heath and Rehabilitation Center where I am recuperating from a very tragic car accident.

My story begins two months ago yesterday.  My husband and I had been working around the house that saturday afternoon, the 17th of November 2012, doing last minute fall yard clean up and other out door chores. We decided to reward our hard work by eating out for dinner in a nearby town.  We left the house at 7pm and we were both "starving" having skipped lunch to get done with necessary chores. Then about 10 minutes (5 miles) later, our lives changed forever.

A young inexperienced driver was rushing home from work, weaving in and out of traffic passing cars.  We could see him passing as he was heading our direction and were completely surprised when he decided to try to pass just ahead of us.  Without going into to much detail, he lost control and came across our lane. My husband did absolutely everything to avoid a colision, but it was impossible.  It's strange how time works.  It stood still, moved very slowly and passed very

quickly all at once.  We could see the inevitable crash coming and I thought of all sorts of friends and family members, could even see their faces in my mind's eye. I remembered i once heard you are supposed to relax before a collission instead of tighten up and you would suffer less injury. So I did my best to relax (ha).

After the impact, we were very fortunate to find the driver in the first vehichle to stop was a volunteer fire man and was well trained as a first responder. We are very thankful for his quick thinking and abiity to care for us right off the bat.  It appeared my husband had not been harmed other than a cracked sternum. Sparing gorry details, I took my first ever helicopter flight and was life flighted to the nearest hospital where they received me into the trauma room and began cutting off my clothes. At the accident scene, they were not sure of any internal injuries so they could not administer any pain meds. Despite the intense pain and the lack of any meds, my crazy sense of humor was in high gear and I kept the docs and nurses in stitches. Did I mention I had not ever lost consciousness throughout the entire ordeal? So as I was having my clothes cut off, I began letting them know where each piece of clothing was purchased, how much I paid for it and how it was irreplaceable (especcially my Lee jeans from Wal-Mart). They had no regard for my pleas until it came to my boots.  They had the most respect for me when it came to the boots.  I had indeed just purchased those and they were very nice.  I grinned ear to ear when I was informed they would not cut off my boots! So started my recovery.

That night I went through several x-rays and surgery and woke up later to find that i had broken several bones in both my legs and feet and my husband had suffered a stroke as a result of the accident.  It's difficult to explain here, but I encourage you to be on the look out if you have been in a car accident that causes whiplash, we learned that one could suffer a stroke for up to a month afterward that is acctually a direct result of that accident.

shampoo, blow-dry and style.  One friend took over the cafeteria room on Christmas Day and gave us a dinner with all the trimmings and spoiled us with gifts.  Several agents in my office stepped up to take care of my clients to ensure they continued to recieve the level of service they had come accustome to. We found out how truly lucky we are to have such caring friends.  Above everything else, there has been an outpouring of prayers on our behalf for a full and quick recovery.

My husband and I now share a room in this rehab center and are able to spend each day counting our blessings and enjoying one another.  This year was a crazy year for business and this event has definetly changed my life forever.  We are both gaining

strength each day.  It will be at least another 2 months before I'm allowed to put any weight on my legs, but I'm sure I'll be back at it by late spring.  I am taking this time to evaluate how I am going to set up my business so I make sure I add in a few breaks here and there to spend time with my hubby.

During this entire experience, I've been constantly applauded for my positive attitude and whole-hearted effort toward my rehab. I have always replied the same way:

1. I know Who my Healer is and I'm thankful God has taken such good care of me.

2. My mom always taught me; "You always give your best and never, ever give up!"

3. October 2011 I met a man named Aron Ralston that had a rough time and if he can face his ordeal with a great attitude, so can I.  After hearing his story I determined if I never had to cut off one of my own limbs and drink my own urine, I was doing better than him.  I have had to do neither throughout this whole ordeal.

Both my husband and I have a long road ahead of us, but we are both up for the task and doing our best at getting strong. And that's an Up Close and Personal account of Where I've Been The Last Two Months.

Tags:
up close and personal

Show All Comments
Ralph Janisch ABR CRS Broker
Janisch & Co. - Conroe, TX
Selling Northwest Houston to good people like you!
Wow! Tremendous story! The best part is your attitude to make it through because you know Who provides your true healing! I have no doubt that you both are blessed beyond belief and that you will both make a full and complete recovery.
Like
Mona Gersky
MoonDancer Realty, Dillsboro,NC - Sylva, NC
GRI,IMSD-Taking the mystery out of real estate.

Gosh, I'm exhausted now.  I'm so happy that both you and your husband survived. How incredibly scary and I know you've still got a lot of work ahead of you.  Good luck and continued strength.

Melissa,  A life event that in an instant our life changes as we knew it ... forever.  This is an amazing story. I love your sense of humor. I firmly believe it is what keep me alive.  The only thing we have control over in situations like this is how we deal with it. Many would proclaim they were an accident victim. You proclaim you are an accident survivor who got to keep her boots! Attitude is everything. The love and support you have will carry you through your journey.  Thank you for participating in the contest.

All I can say is PRAISE THE LORD! What an awesome story. So sorry that you had to go through it, but who knows who will read it and realize, there is a God!! I will pray for a speedy recovery! ♥

Missy, I am so proud of you and your positive spirit and strength! You are an inspiration to us all and a beautiful example of all Mom taught us! I love you and am continuing to pray for yours and Brian's complete recovery!

Way to stay positive and strong!!!  Thanks for sharing your story with us.  It's crazy how your life can change in an instant, we have to learn to appreciate everything, even the small things.  You and your husband will be in my prayers for a full recovery.

Melissa, how absolutely scary and horrible.  I am glad to know both you and your husband are together and getting stronger by the day.  Prayers for your comfort and peace.

I've watched on FB and been wondering... So THANK You for the blog! Isn't amazing how things in our lives change and how the man upstairs prepares us.  I wish you and Brian a quick and strong recovery.  Keep up the great work!  Well wishes from Iowa. :)

Melissa, thanks for the update. You and Brian have been in our prayers. So sorry this had to happen but God was still gracious to you both.  I pray thru this post that  someone will realize how short life can be and that we have no promise of tomorrow.  It is so important to know Jesus Christ as our personal Savior and to live for Him! So thankful you both are recovering and that you can have such a wonderful attitude toward things.  We will continue to pray for you both and that this accident can be used for God's glory.  What a blessing you are able to be together thru recovery. Give our regards to Brian and know we love you both!

Wow life can change in a split second ! Glad to hear you and your husband are on the road to recovery and hope you have a great 2013 !

I have certainly heard your name of the years Melissa, but I have not had the pleasure of getting to know.  I have tell you that when I saw this story, I read thoroughly.  You have an amazing attitude and God definitely blessed you with your sense of humor - but your story of life, healing and restoration is beautiful.  Thank you for sharing your story.  I will now pray for you whenever I see a Halifax listing! :)

Melissa I am so inspired by your positive attitude.  It's eye-opening to hear of your struggles yet you keep that upbeat outlook.  My prayers are with you and your husband for a speedy recovery.  Please let us know if you need anything at all! 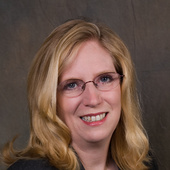 Melissa Stahl began her Real Estate career after retiring from the USAF after 20 years of service. After numerous local and international relocations, she learned the art of packing and moving, and she has a unique understanding of the stresses involved. She works diligently to alleviate those stresses for her clients. Melissa specializes in military relocations and takes pride in assisting first time homebuyers achieve their goal of home ownership.