One of the Most Celebrated Eating Events in the World

Wing Bowl 21 is a sport, circus and entertainment spectacle, unlike anything else in this world! The event pits competitive Eaters in a chicken wing eating contest. The Wing Bowl is traditionally held on the Friday preceding the Super Bowl. The event, which began in 1933 as a promotion on Philadelphia sports talk radio station WIP 94.1 FM, has grown to encompass television and the Internet.  About 150 people attended Wing Bowl I in 1993 to see a competition between two contestants in a hotel ballroom. Last year, over 20,000 people witnessed 29 contestants eat wings at Wells Fargo Center.

Last years’ winner 6’-4”, 230 lb Super Squib from Winslow, NJ is back this year to defend his title for the third year in a row.  This is a BIG event and besides the notoriety, the winning Eater and Wingette will split prizes that include a $20,000 cash prize, a Champion ring and gold medal, a 2013 Nissan Pathfinder S-L, a  Harley Davidson 883 Sportster Motorcycle, earrings and necklaces and an all inclusive vacations to the new Barcelo Bavaro Beach in Punta Cana, Dominican Republic. Check out Eater bios.

It’s Not Just About the Wings

Wing Bowl is the brainchild of WIP radio host Al Morganti, who came up with the idea when it became apparent the Philadelphia Eagles were not going to make the Super Bowl anytime soon (already been 21 years without a win). Entry into Wing Bowl can be gained by successfully performing an “eating stunt” on air during The Angelo Cataldi Show.  Stunts have included eating 20 cups of cooked oatmeal, eating 60 ounces of creamed spinach with 60 ounces of hot sauce, and eating five Big Macs.  The other way to gain entry into Wing Bowl is to win a 10 minute eating contest (“Wingoff”) held at an area retail location. Check with the event promoter to see the Wingoff event calendar.  Chickie’s And Pete’s in South Philly will host the official “Eater Weigh-In” the night before Wing Bowl 21.

The 21st Wing Bowl will also be filled with more than 100 Wingettes (beautiful, sexy ladies from many professions) competing for the Wingette title, 20,000 screaming fans and insane sideshows.  You can not miss the opening Eater Entourage Parade and see the creative costumes, displays and crazy antics.  Wing Bowl proceeds will benefit the Philadelphia Police Department Survivor’s Fund, The Police Athletic League and the Comcast-Spectacor Charities. Check out Wingette photos.

Get There Early - The doors open at 5 am.  Get there much earlier to get a great seat, as, it is general admission seating (first come, first serve).

You Can Not Bring Any Food or Drinks into Wells Fargo Center - You will be frisked at the door, so, finish whatever you brought!

Stay Home & Listen to WIP, if you do not like to be around large crowds, see inebriated (drunk) people, hear obscenities or view sexually suggestive behavior.

If You Do Attend; do not plan to go to work or school afterwards, have a designated driver, bring lot’s of $1 dollar bills for the after event activities, maintain a cool head and have fun.  It’s an event you’ll never forget (depends on how much you drink).

Are you looking to Buy or Sell a Home in the Philadelphia area? 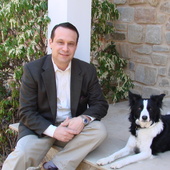