South Burlington, Vermont is one such town. The neighboring town of Winooski, Vermont is another. (Near the VTANG base)

For the purpose of this blog I am referring to the F-35A variant of the Lighting II. There is also the F-35C which is the Navy variant for aircraft carrier and the F-35B which is the Marine variant for short or vertical takeoff.

Opponents say the F-35A Lightning II aircraft produces more noise on takeoff that it’s predecessor the F-16 Fighting Falcon and the home values in the surrounding areas will drop significantly.

Opponents Say- Noise is the major objection (maybe the only on) as the cities of
South Burlington, Vt and Winooski, VT are in the takeoff and landing zones. The opponents were not in love with the F-16 Fighting Falcon and say the F-35A will increase the noise pollution even more. They also say the economic benefits do not make up for the added noise level that will depress home values in the areas near the VTANG Base.


Proponents Say- The noise the F-35A Lightning IІ makes is no more than the F-16 Fighting Falcon. (deeper sound)
Reasoning- The F-35 has one larger engine which is more efficient and less acceleration power is needed for takeoff and the afterburner need not be ignited. Further they contend that the higher pitched screech of the F-16 is worse than the deeper roar of the more powerful engine of the F-35A JSF.

Proponents Say- That if the VTANG squadron does not get the next generation F-35s the base could become subject to closure if further military cuts are needed however if they had the F-35’s they would be Top Dogs and viable for decades to come.
Opponents Say- The economic benefit is not worth the extra noise.

The Twist- The folks making the final decision will probably put more weight on
1) National Security
2) Economic Viability
3) What the noise level means to area residents and the value of their home.

Summary- Whether the area residents are for or against the F35s they will probably come here. If they do not; the F-16 Fighting Falcon will still be flying in our friendly skys for a while.
What does this do to home prices?  Only time will tell.

I feel if people want to live in South Burlington, VT they will whether or not the jets fly. A little Fire in the Sky is the price we pay for national security.

... If you need or want a devoted REALTOR®
call Dana Basiliere @ 802-238-3939 or email Dana@VermontisHome.com
To search homes try my website

Groups:
Bananatude
2013 BIG Jumpstart Blog Challenge
Realtors®
Out With the Old, In With the New Contest Group
POSITIVE ATTITUDE for the Weary Soul

Show All Comments
Ralph Janisch ABR CRS Broker
Janisch & Co. - Conroe, TX
Selling Northwest Houston to good people like you!
Yeah they make noise.... OK a lot of noise. But they are such beautiful machines handled by the most skilled pilots on the planet!!
Like
Dana Basiliere
Rossi & Riina Real Estate - Williston, VT
Making deals "Happen"

You are correct. We (VTANG) have some of the best fighter pilots period. They have a retired F16 named "Lethal Lady" that has 7,000 hours on her clock. The Falcons are ready to be replaced by the F35; it's just a matter of where they new ones will stay.

Like
Will Hamm
Hamm Homes - Aurora, CO
"Where There's a Will, There's a Way!"
Hello Dana, Yes it is the price to pay sometimes but I am sure that the employment is a factor also.
Like
Dana Basiliere
Rossi & Riina Real Estate - Williston, VT
Making deals "Happen"

Will, The employment is certainly a big part of the equation. 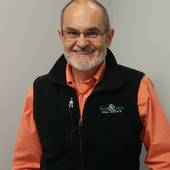