Admission to the Pig Festival will be free.  However, if you want to eat and grab some good finger licking barbecue stop by at the pig bucks booth located near the entrances and exchange your cash for some pig bucks. I can't imagine spending a better way than to attend this year's Lakeland's Annual Pig Fest on January 25 and 26, 2013. In it's 17th year for its barbecue competition, such as the Kansas City Barbecue Society sanctioned competition, Publix Supermarket Backyard BBQ competition, and for kids, Kids-Q barbecue contest, enticing professional barbecue teams to travel to our beautiful city . On Saturday, January 26, 2013 at 10:00 am is when the real competition begins. Competitors from all over the country will flock to Lakeland Florida to compete in four different categories including Ribs, Chicken, Pork, and Brisket.

There will also be a Kids-Q where children will compete on their own grills. The Kids-Q was started in 2004 when competitors came to the realization they did not want the art of Barbeque to disappear after they were no longer here so they have brought the kids into the mix by giving them a fun way to participate in the competition. And these kids are phenomenal cooks. Not to mention what a great family event! Read more about things to do with kids in and around Lakeland Florida. How did it all start out? It started all in 1994 when a small group of local businessmen attended the Blue Ridge Mountain town of Tyron, N.C. to watch a barbecue championship. From then on, a festival committee was established and Lakeland’s Pig Festival welcomed its first barbecue competitors in 1997. Since then, professional teams and backyard teams travel great distances to compete separate in now five different categories in Ribs (loin and spare), Pork (shoulder and butt), Chicken, Brisket (beef) and Sauce. The Kansas City Barbecue Society (KCBS) Professional Competition and Judging School considers Lakeland’s Pig Fest to be one of the finest events sanctioned by KCBS.  Lakeland’s annual  Pig Fest held at Joker Marchant Stadium has since then grown to over 300 Barbecue Teams competing for prize money and attendance growing quickly each year.

The Junior League of Greater Lakeland became in 2005 the lead organizer for this great event and they do an outstanding job providing volunteers to see that this free event is run smoothly. The Lakeland Pig Festival has contributed over $650,000 to local charities and growing.  The event in itself is free, such as the concerts – as you walk towards the gate, let me suggest you buy “Pig Dollars” near the entrance for food and drinks and also some for your kids, since I’m sure they want to take part in arts & crafts, climbing and jumping. Don’t worry if you run out of the “Pig Dollars or “Pig Bucks”, there are various locations throughout the area for you to buy more.

It is a fun event for the whole family to enjoy. I hope you found this post useful! If you need help finding or selling your Lakeland, Florida home, please contact Petra Norris - REALTOR(R) at 863-619-6918. If you’re new to Lakeland, I’d especially like to extend a warm welcome. I value my clients and provide them with honest, reliable service. Allow me to introduce you to the Lakeland FL real estate landscape and all it has to offer.

Groups:
Posts to Localism
Central Florida
Things to Do/Places to Visit
Give Back
HyperLocal Neighborhood and Community Posts

Oh man, Petra, this bbq competition, so fun named as Pig Festival, sounds like a BLAST, and I love how you found its history too. Great post illustrated with your photos too. ENJOY!!!

Thanks Gary - this is really one of the most fun events here and the weather outlook very nice - gotta love Florida weather :)

Sounds like an awesome event in Lakeland FL Petra. That's a whole lot of information about the Pig Festival. Great work! Keep it up and stay the best Lakeland Fl short sale agent.

Now that is one finger lickin' good pig festival to go to and what a wonderful charity fundraiser...i think it is adorable and thoughtful...well shared by the Lakeland FL short sale agent in the know!

Besides getting hungry from reading all the deliciousness that will be there, the Pig Festival in Lakeland Florida sounds like a great time!  enjoy!

Hi Petra, thanks for sharing this to everyone. The Pig Festival sure sounds like a very exciting event in Lakeland FL. I hope all goes well this coming January 25-26. Wishing you all the best as a top notch Lakeland Fl short sale agent.

Now this is really something to look out for in Lakeland Fl. Very good localism post Petra. Continue to be the finest Lakeland Fl short sale agent.

Hello Petra, even top notch Lakeland fl short sale agents like you deserves a break and the Pig Festival is just perfect for it. I hope you enjoy it to the fullest.

Love the sound of that competition Petra. This another great way to have some great time with family and friends in Lakeland Fl. Great post, keep it up being the best Lakeland Fl short sale agent.

What fun for the children!!  I think that is wonderful to teach them how to grill..  wish someone had taught me!!  What a great description to a unique festival!! 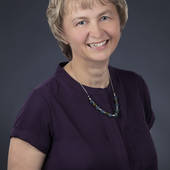