Warwick, RI, January 23, 2013…Despite a quarter hampered by Hurricane Sandy, Rhode Island single family home sales soared and prices rose in the fourth quarter of last year according to statistics released today by the Rhode Island Association of Realtors (RIAR).  Sales activity increased  by 25 percent from the previous year and median price increased five percent to $195,000 from $185,000. "Prices finally began some upward momentum this fall.  Falling inventory put pressure on prices.  At the end of December, Rhode Island had a six month supply of single family homes on the market so we've finally achieved a balance market. It's a great starting point for the New Year,"  said Victoria Doran, 2013 RIAR President.  A six-month supply of homes for sale typifies a market balanced between sellers and buyers.

The median price of multi-family home sales rose ten percent to $120,000, though sales activity decreased three percent, following a flurry of activity which began in the fall of 2011 as investors recognized the bottom of the market.  There is nearly a six-month supply of multi-family properties for sale which indicates that the investor market has also stabilized.

Foreclosure and short sales have fallen dramatically which also helped to boost median price in all three categories.  (Median price reflects the midpoint of sales with half selling for more and half selling for less.)  The number of distressed sales fell nine percent among single family home sales, 21 percent among condominium and 26 percent in multi-family homes in the months of October through December.

"We saw a lot of movement last fall, particularly in the higher price brackets," said Doran.  "It appears that some may have been making a move in advance of anticipated tax code changes.  As it turns out, the housing market was relatively unscathed during the fiscal cliff negotiations – only the highest earners face a reduction in their deductions.  Everything is up for grabs in the next few months though, as Congress tries to tackle the deficit.  It's critically important that people let their Congressmen know that changes to the mortgage interest deduction or anything else that takes away key benefits of home ownership for that matter, could be extremely detrimental to the housing recovery." 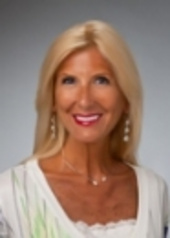 ActiveRain Community over 9 years ago
bookmark_borderbookmark
Renting....?? Now Is The Time To Buy and Here Is W...
View more Recent Posts   arrow_forwards