The Caravan consists of three separate tours traveling simultaneously through Ohio, Indiana, Kentucky and West Virginia and provides fans with the opportunity to interact with current and former players, broadcasters and members of the Reds front office staff. At each fan stop, the group will field questions from fans and sign autographs while time allows. The Dayton stop is located at the WPAFB Museum and will feature 2nd baseman Brandon Phillips, catcher Tucker Barnhart (a former Dayton Dragon), and more!

All Caravan fan stops open to the public are free, and at each fan stop listed on the Reds official website the Reds will raffle off two tickets to the 2013 Opening Day game against the Los Angeles Angels of Anaheim on Monday, April 1. Read more details at http://cincinnati.reds.mlb.com/cin/fan_forum/caravan.jsp 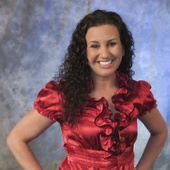