Bailey Park in Elk River is a new acquisition for the City and the public can help with a tentatively scheduled archaeological dig this summer for approximately two weeks.

This is very interesting.  The City Council voted unanimously at its latest meeting to apply for a grant from he Minnesota Historical Society for funding to conduct the archaeological survey.

A professional archaeologist and volunteers would complete the survey. Volunteers would be paired with professional staff and encouraged to participate in all aspects of the field work, according to Elk River Environmental Administrator Rebecca Haug.

Daily tours would also be given for interested individuals.

This would not be the first time the city has invited the public to participate in an archaeological dig. In 2005, 2006 and 2007, a public participation dig was held at the Alan Hoebelheinrich farm.

They hope to do it in June, in conjunction with the ArtSoup festival held in downtown Elk River. Bailey Point is located along the Mississippi and Elk rivers, just west of downtown,

The city purchased Bailey Point in November. The purchase was funded in part by a Minnesota Department of Natural Resources grant. As part of that grant agreement, the city is required to conduct an archaeological survey, Haug said.

The Elk River Heritage Preservation Commission and Elk River Park and Recreation Commission have also expressed support for seeking a grant to do the dig, she said. The amount to be requested hasn’t been finalized, but is expected to be about $13,000.

Part of this post was excerpted from the Elk River Star News.  Thank to them.

Groups:
Realtors®
The Lounge at Active Rain
Out Of The Box!
Dedicated Bloggers
Addicted to Active Rain

How fun, I am fascinated by archeological digs...in Rome everytime they dig for anything, layers of ancient history show up, there is always a dig to look at...What will they find? A

Every year when my daddy makes a garden (same spots) he finds new pottery pieces and parts of arrow heads. Agter 39 years now he has quiet the collection.

How exciting! Wish I lived near by so I could watch the fun for myself. Keep us posted.

You write so many interesting posts about Elk River, Zimmerman and Sherburne County, Don.

Don- I hope they find some interesting artifacts! I think it's great for the community that they are taking volunteers, how cool would it be to help. Bailey Park in Elk River will be enjoyed by many!

You will have to keep us updated on what they find during the dig. Is this like an old Indian camp or something?

Don, I just wanted to stop by and say Congratulations on reaching 500,000 points on AR. Truly a huge accomplishment! Best wishes for your next 500,000 :-)

Had to stop by and congratulate you on reaching the 500,000 mark, and I wish you twice that in income this yeaar, A

Congratulations, and Continued Success to You!

Thanks to you all for commenting on my reaching the mark...what a challenge that was.  And, now I set myself up for another....reaching 1,000 posts by the end of the year!  Whoosh! 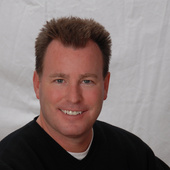