Saw a post from one of my Facebook friends the other day that I had to share. He spoke to someone who insisted that the Dallas real estate market is about to crash. Here is the conversation on Facebook:

"Talked to an interesting guy yesterday. He was looking to buy a house here locally. He proceeded to tell me that the market in Texas was fixing to crash and he was looking for a safe purchase. I explained to him that our market is strong, our inventory levels are dropping and he rudely interupted me calling me a liar, saying its being reported nationally that the housing market is horrible and Texas hasnt been hit yet, but we will soon. He then told me "we wouldnt get along" and hung up."

There is a difference between being concerned and being irrationally stubborn about something you have read in a newspaper or seen on TV. Don't believe the national hype. REAL ESTATE IS A LOCAL BUSINESS. Always has, always will be. Every city, county, and state will always be different. Especially Texas. We like to be different. We like to buck the trend. And besides, everything is BIG in TEXAS!

What is the key to the Dallas real estate market being different? Our economy.

"Perhaps not surprisingly, cities in Texas — which welcomed more than 427,000 newcomers from August 2011 to July 2012, according to the U.S. Census Bureau — dominated our list. Houston ranked second, behind Austin, followed by Dallas in third place and San Antonio in ninth. Robust labor markets, unemployment rates under 6% (well below the national average), no state income tax, a business-friendly regulatory environment, and strong population inflows all contributed to Texas towns’ high rankings."

This quote comes from the article called "America's Fastest Growing Cities". Here is how Forbes sees the Dallas economy:

If the person would have stayed on the phone long enough to get some facts and hear my friend's side of the story, he may have thought very differently. Take Highland Park real estate for example:
The number of homes for sale in Highland Park dropped 23% in 2012 compared to 2011, and 42% compared to 2010. The length of time it takes to sell a home in Highland Park has also dropped an impressive 35.8%, and the number of CLOSED sales is up over 15%. When you are looking at it from a supply and demand side, the inventory of Highland Park homes for sale has dropped from a 14.2 month inventory in 2010, down to 6.2 months of inventory today. Increased demand with a decreasing supply leads to a seller's market and a housing market that is GROWING, not crashing. These types of statistics are echoed all over the Dallas area.
If you ever hear that the Dallas real estate market is about to crash, don't believe it. All indications are that the Dallas real estate market is alive and well and is projected to thrive through 2013.
If you are in the market to buy or sell a home, give me a call. I will be happy to go over the ACTUAL statistics for what is going on in your Dallas neighborhood to ensure that the Dallas reale state market is not about to crash.
Like favorite_border
favorite_border 1
Re-Blog
repeat 0
bookmark_borderbookmark

Maybe he is doing internet searches and doesn't realize that some (most) of the nformation pulled up is very dated.

Really, sounds more like someone trying to justify lowball offers.

We get calls like this from time to time. My business model does not allow me time to work with fruitcakes :)

Yeah, I hear you... I had a CANADIAN buyer call me yesterday at 630 AM and like an idiot I answered.  He proceeded to tell me that he was a cash heavy investor and he knows that shadow inventory is about to come out in the first quarter of 2013 and that will flood our market and drive down our prices.

He wanted me to put him on the top of the list to call once prices start falling again.

I explained to him that we have just completed our best year in 7 years with prices now up 45% in most areas of Port St Lucie and over 100% in some areas.

We also have an extremely low inventory and waiting lists of qualified buyers waiting for homes to hit the market.

He proceeded to go into his statistics once more and even at this early in the morning I managed a closing statement to him...

I said I can place you on a live search of our MLS and when the price happens that you are ready to pay, please call me that moment.

Nice response Kevin. Some people just don't understand economics. The banks know that by flooding a market (like they did in 2007-2010) can make housing prices crash. By releaseing inventory a little at a time, they are making more money for themselves. It is the start of a new year, and most banks have annual account that starts in January... no reason to dump product on the market now and harm themselves when they have 12 months to get rid of it. 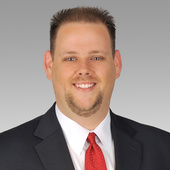 Curious what you home is worth?