Within walking distance from Southside Village, Desota Park is a unbelievable gem found in one of the most coveted and historic “west of the trail” communities Sarasota has to offer. Just minutes from the beach, from quaint Southside Village, or from Sarasota’s chic downtown area, Desota Park is a great place for those who like being near everything.

Originally platted during the housing boom of the 1920s, Desota Park and her bungalow homes were originally built in the traditional Spanish style of the day. Today, the architectural landscape can be somewhat different. Most of the homes have either been restored or remodeled, with quite a number of the original structures being totally replaced with newer homes that feature more modern amenities. No matter what the case, this is a sought-after area, due to its proximity to all that Sarasota has to offer, along with the well-tended character and charm of this neighborhood.

Referred to by Sarasotans as the “Flower Streets” neighborhood, the streets have names such as Hibiscus, Clematis, and Wisteria. Desota Park is situated just south of Southside Village shopping district, from Hyde Park Street along the north, and bordered with Osprey Avenue on the West and US 41 (Tamiami Trail) on the East.

Some of the best dining and boutique shopping experiences in Sarasota are within walking distance of this charming neighborhood. Sarasota Memorial Hospital, and numerous other medical facilities, are also just around the corner, along with some of the best schools in Sarasota.

Because of its proximity to so many things, and because of the charm of this well-established area, residents here often enjoy walking or cycling.  If you enjoy cycling, the beach is just 6 miles away.  Hop in the car, and you’re there in minutes.  Siesta Village, even closer, is a great spot for night life and live music, or check out some of the live music venues in Southside Village, like Ocean Blues or the 5 O’Clock Club.  Prefer something a little more high brow?  Sarasota boasts a world-class orchestra, opera, and ballet.  Head to the Van Wezel Performing Arts Center to see some of the most popular performers in the world, such as Diana Krall, Vince Gill, Cheryl Crow, The Philadelphia Orchestra, Celtic Crossroads, and more.

If I can help you buy a home in Desota Park Sarasota please call me at 941-928-8892. Feel free to use my website www.SarasotaRealEstate.com as your one-stop resource for West of the Trail real estate in Sarasota, Florida. 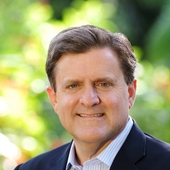