Besides the article that appeared this week in the Laurel Leader about a "Tidal Wave of Development in Laurel," Howard County has more than 30 commercial and residential projects in various stages of development.  A lot of dirt is being moved.  A lot of Site Development Plans have been submitted.  Let's review:

* Columbia Association - new 27,000 s.f. Fitness Center in the lower level of the former Rouse Building; and may relocate their HQ building into the new "Inner Arbor" plan for redevelopment of Symphony Woods Park.

* Mixed Use Tower on the 1 acre site of the former WCI condo project - David Costello and his partners are          submitting Prelimanary plans for 4 levels of underground parking, street level retail, 4 floors of new office         and 5 floors of residences.

*  Forest Green mixed use project underway on the site of the former Forest Motel.  Glory Days Tavern is signed on as the lead retail tenant.  And yes, Soft Stuff will have a new store in the complex.

Route 1:  8 "pioneer" projects underway from Rt. 32 in Savage to Rt. 103 in Elkridge, mostly residential with some retail and some office components.

Maple Lawn:  The 4th office building, where the steel sat on the site for 2 1/2 years during the recession, is nearly completely leased, and has spurred development of the 5th office building now under construction.  A hotel is in the works on the Boulevard, and the retail strip center across from the Harris Teeter grocery store is now fully leased.

A sign of things to come?  Howard County has led the rest of the state out of the past 2 recessions and this time is no different, only the result could be better than ever!  Stay tuned! 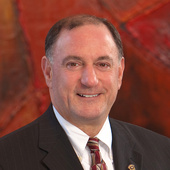