This story may sound unique and amazing, but many like it play out across America.

Kenny Cassuto, an Orange County process server who works for an attorney service company on the ground floor of the building, walked upstairs to the law office of Jack Leydin.

“May I ask you a question?” he addressed Leydin who sat behind his desk.  “My friend is a third grade teacher who was laid off after being stricken with breast cancer.  The school district laid her off, supposedly because of budget cuts, while tenured teachers were allowed to keep their jobs.  After hiring a labor lawyer and wrangling with the district for eight months, she won her job back, but the loss of income has proven devastating.  She’s a widow with four kids in school, and her cancer is in remission, but now she’s going to lose her home!”

“I’m sorry to hear that.  What can I do for her?” Attorney Leydin inquired. “Well, she has a house with $600,000 trust deed debt on it.  It’s worth about $300,000 on the market now.  She’s fallen way behind on her mortgage payments.  The bank has already sent her two notices:  One was a Notice of Default, the other a Notice of Trustee Sale.  Her property will be auctioned off in two weeks.  She’s desperate!”

Kenny continued. “They’re demanding $36,000 in the arrears to reinstate her loan, or else her house is going to foreclosure sale.  The bank won’t even take her regular payments anymore, and there is no way she can raise a lump sum of $36,000!”

Leydin quickly offered: “We’ll immediately stop the sale with a bankruptcy filing!  Kenny, looking forlorn, replied “I thought you might say that…it’s just that she filed Chapter 7 bankruptcy after her husband died.”

Leydin went on to explain his idea, “Even with a Chapter 7 bankruptcy within the last eight years, she can still file Chapter 13 bankruptcy.  Once the bankruptcy is filed, an order is triggered from the federal bankruptcy law that automatically stops all foreclosure actions taken by the bank, at least for a while.”

“Your friend can propose a plan to pay off those arrears of $36,000 while maintaining her regular monthly mortgage payments that she can now afford.  She stops the bank’s foreclosure and makes them accept a payment plan for the arrears under supervision of the bankruptcy court.

The bank may object to the proposed plan for repayment, but if your friend shows that she can make her proposed installments under the plan, regular mortgage payments, then the bankruptcy court will likely approve the Chapter 13 plan.  Your friend can go on paying for up to five years to pay off the arrears through her bankruptcy plan.  She can emerge from the bankruptcy, get her discharge, and live happily ever after raising her four children in their beloved home.”

“ Chapter 13 also gives your friend more options in the future.  For example, she may wish to consider a short sale…..but we needn’t discuss that now.”

The Moral of this Story… WHEN DISTRESSED, KNOW YOUR OPTIONS

The principal of BriStar Realty is a licensed attorney, real estate broker, and is equipped to handle all options available to a distressed homeowner.   (714) 501-7660

P.S.  And... it's so nice to see your charming face on the blog roll again ;-)  Welcome back friend!

Brian~THIS is the kind of story that needs to be Front Page News. There are so many "regular joes" out there who have faced just this kind of dilemma and knowing that they don't have to throw their hands up in utter frustration, but have tools to work through the system with is MARVELOUS.

This is realy an informative post. I learned something from you about Bankruptcy that I didn't know so thank you. Perhaps it will help me find a way to help some homeowner.

"Tools to work through the system".... well stated Madam Ambassador!   And muchas gracias for the repost, Gayle!

Betty, it does my heart good to have imparted something useful.   I appreciate you saying so.

What a great, great story, and I love that you shared with us how to work with the system as Gayle expressed, and I will join her in the suggest.  It is a good to see you share your expertise with us. A

Brian-I love stories with happy ending and absolutely love the moral of the story. Thank you for sharing this story. They say "Knowledge is power"

Brian our first line of defense in these situations is smart attorneys who know how to make it happen. Sweet! Happy for the lady and all her kids.  The right thing happened.

Alexandra, so glad you enjoyed the story and the lesson to boot.

Sharon Lee, who doesn't love a happy ending?  I do.  Sharing it is my pleasure!

The right thing indeed Anna!   Thanks so much for stopping by!

This is exactly why it is so important to really do an investigation of all angles. Great happy ending--and they do not all end that way.

Brian, We need to know and understand our options and hire professionals to help ensure we exercise our options before the Big Bad Banks foreclose on good people who have be faced with challenges and adversity out of their control. I like ready stories with good endings. I now pray her cancer will never return and she lives a long happy life with her children in her home!

A happy ending indeed...there are many tough choices people are facing, and an incredible myriad to sort through. Glad to hear of good friends and good professionals helping homeowners needing to fight the fight.

I'm a day late, but not too late to hit the button - and I shall. You may not write often, but when you do it's worth reading and reading and re-reading. Knowing and having options is powerful stuff - sadly too many folks don't know all of their options. You've taken care of that problem regarding this scenario ...

Right you are Melissa....covering "all angles" is the best way to a happy ending.

Kathleen, you nailed it...."exercise our options" before it's too late!

Karen, thanks a mil for the repost and stopping by.

Debb, you're never late.....when you arrive, that's when the party starts!   Thank you for the kind remarks.

Thanks a lot Bill.   It's great to have you meander by.   Brian

Suggested my AR Friend! This is a lesson to remember and to learn - there are always options and a few good Attorneys. Brian, you are one of my favorite ones.

As a young widow, with children society was not nice to me either. But this particular woman had to put up a bigger fight that no human should ever have to go through. The bank was wrong - but they will not admit their wrongs, nor will they guide and inform their customers they have options. It takes an Attorney with a heart and a conscious to do the right thing. Courage can emerge when an individual understands the power of those in power and uses their own power to ultimately find a way to live happily ever after regardless of their financial, emotional, and physical distress.

SUGGESTED - this is an inspirational story that can help others. 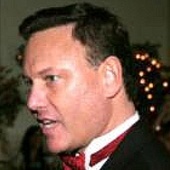