JAZZ.  [jaz]  Informal definition:  a. to excite or enliven  b. to accelerate

With this definition in mind,

A Real Jazzy Spot in "my town" of Springfield, MA is:

The Basketball Hall of Fame

Located on the banks of the Connecticut River and Interstate I-91 in Downtown Springfield, it is easily accessible from just about anywhere in the Greater Springfield vicinity.

When I was in elementary school , my family moved into the city of Springfield and soon we became immersed in the game of basketball. My love of basketball especially started in junior high school. My two of my three brothers were involved in the inner-city youth teams in local neighborhoods. As short as I was, I quickly learned to play with the "big boys". (If I could still play like that, I would never be a plus-size! LIFE. -‘nuf said.)

We lived on Marlborough Street when I was in high school and the original, tiny, miniscule Basketball Hall of Fame was located on the campus of Springfield College, which was within walking distance from our house.  Read more about the evolution and history of basketball as well as the inventor, Dr. James Naismith:  Basketball is Born .

As a single young woman, I left Springfield and moved to New York City. Years later I returned with my family (as a wife and mother of middle-school aged children). In the early ‘80's, I lived and breathed Boston Celtics and my husband felt the same about the New York Knicks.  In 1998, we had the privilege of attending the enshrinement ceremony for one of my favorite basketball players: Larry Bird.  Also enshrined were: Lenny Wilkens, coach; Jody Conradt, coach; Alex Hannum, coach; Marques Haynes, player; Aleksandar Nikolic, coach; Arnie Risen, player. No, we did not have a special pass: that year, for the first time in history, the general public was allowed to purchase tickets for the event held at the former Springfield Civic Center (now MassMutual Center). It was also televised later that week. Just like the commercials used to say, that experience was fantastic!

How do I find the visit at the newer location? Absolutely Wonderful!  DEFINITELY will bring pleasure to any basketball lover on any level or any age. First: IT'S BIG! Next: THERE IS almost TOO MUCH TO DO. Third: Loads of INTERACTIVE ACTIVITIES. Finally: IT'S JUST A GREAT PLACE TO SPEND A DAY and reconnect with an exciting part of Springfield and U.S. history.

As you can see, that for me, The Basketball Hall of Fame fits the definition of JAZZY. It excites, enlivens and even accelerates my emotions but most of all, my heart.

I updated the title of this post so that the subject is more specific.

Have a great and jazzy day! 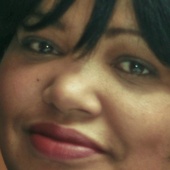 What adds JAZZ to your real estate business? Your touch of jazz can be hot and heavy, cool and smooth or light and mellow. What jazzy moves you make & share, might move others to JAZZ UP their REAL ESTATE business too. Peace.