We have been spoiled with decreasing mortgage rates since January of 2000 when the 30 year fixed rate was above the 8 percent mark.  Now, with recent indicators pointing towards the US and world economies showing signs of strength, mortgage rates have been inching up over the past couple of weeks and are currently at a 5 month high.

According to the latest mortgage rates released by the Mortgage Bankers Association, the current 30 year fixed mortgage rate is at 3.67 percent, its highest level since September 2012 and is an increase of .05 basis points over just one week.

An increase in mortgage rates is a sign that that the economy is holding fairly steady and that investors are more willing to pull their money out of government backed bonds and mortgage backed securities and place it into the stock market in hopes of a better return.

Mortgage rates also worsened with signs that the Eurozone crisis is settling down as an estimated 30 percent of emergency funds extended to European Central Banks will be returned to the ECB by the end of January.

However, the Federal Reserve still has a lot of control and a lot of tools at its disposal to help make sure mortgage rates remain near rock bottom levels for the foreseeable future.

Even with the tools the Federal Reserve has it is unlikely they will hold mortgage rates near rock bottom if the economy is growing and financial panics easing.

Whether mortgage rates have bottomed out or not, they remain near historic lows that should be taken advantage of now if you are able to qualify for a home loan.

If they have not bottomed they are very close to it and those who wait may risk higher rates - thanks for sharing. Regards Dave 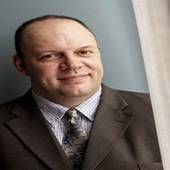