You Can't Judge a Mansion By Its Moat

The iconic mansion in town is for sale or lease. It's the mansion that everyone knows, built on a street without any other mansions in sight. I'm sure as it was being built passersby would have said things like:

"Why are they building here?"

"How big is this thing going to get?"

"And what's with the circular parking area?"

The mansion garnered lots of questions and curiosity. Even I was curious about the inside of the mansion in the middle of town on almost five acres of land. So I decided one day to take a peak inside. My intention was to view the home and write a nice little post on how perfect it all is and lure  encourage a million dollar buyer to use me as their representative.

However, what I found was quite short of perfection. As I drove the long driveway I noticed that most of the light posts were broken or had even fallen over. "Vandals!" I said to no one in particularly, but quite disgusted at the thought of vandals harming the property.

The property was a mess! Did someone steal a table from Sonic and use it for a picnic table? Not exactly great curb appeal.

The thing that looked like a moat was actually a creek running stagnating next to a bridge that doesn't really exist anymore.

I believe this would have been the way for people who park in the circle parking that goes around the fountain to have gotten to the main house. But at this point if you were to park there, you would have to go back out onto the road, walk about a half mile to go the entire perimeter of the area to get to the house. At least it's gated. Trust me, no one is going to walk across that bridge!

Once inside the house, it seemed like a picture straight out of Gone With the Wind, complete with curtains which could always double as a dress in case you ran out of clothes. However, the staircase was gorgeous!

See the outlet up there? Why would you need that at the top of a 40 foot ceiling? How would you plug something into it? I don't know, just one of the little features that makes this house so quirky.

Here are a few other quirky things:

Duct work in the closet? Hmm?

Need to go to the bathroom, but someone's in there? Don't bother going to one of the five other bathrooms, just wait your turn at this handy bench seat. (there was nothing else here - just a bathroom with a bench outside the door)

Then there were the design choices ...

There are five different tile colors in this bathroom. I do LOVE the tub though. If I would buy a house for the tubs alone, I would buy this house.

Well, except for the one in the master that is surrounded by columns that are off kilter and the giant two-ton light fixture hanging overhead. Oh yea, and the wasp nest. Well, that part can be fixed.

When deciding if a house is for you, you have to look at the house as a whole. Sometimes there are just too many things that need to be fixed in a house that make it not worth buying. Unfortunately, this house was only built about 8 years ago and has so many things wrong with it, tile pieces that are cracked, leaks that are visible on the ceiling, appliances that are installed wonky. (you shouldn't see daylight coming in) Then there are the things that are just quirky that make you think, why did they do that?

Next to the door in the living room is a large glass panel with all the surround sound wiring.

Apparently there was a room added on to the back of the house (did they want to be even closer to the fence?) It has a wall of windows that looks right into the back fence which is only about ten feet away.

The master bedroom was quite large and had a beautiful fireplace and balcony. This was really the best part of the house as it looked out over the front yard, creek, washed away bridge, statues, and that circle parking lot. The closets were amazing in this master. Even the closet with the built-ins that were in front of the window, which was broken. You could feel the wind rush through the closet. I guess you could use that one to blow dry your clothes.

The house contained two kitchens. That was kind of cool, but the second kitchen was just in a strange location. I LOVED the gas cooktop though.

The outside was just as quirky as the inside. Along one of the walls there was a pvc pipe. Was it to keep the brambles from growing up onto the house? It wasn't working. I think maybe they ran some wire through that pvc pipe into the house. But I just don't know.

There was an outside grill area that was awesome, complete with fake briquets. I loved those. But when I looked up, there were nail marks all over. Someone spackled them all. I guess to make them not so noticable. I suppose if you're looking up, you might be too curious about the metal piping overhead to even notice the hundred nail marks. Then there was the board that was nailed to the roof near the outdoor grill. Give a kid a hammer, a board and a ladder and see what he'll do?

Upon leaving the house I felt quite sad. This was perhaps someone's dream home. I don't know why they moved, but if felt kind of like an abandoned dream.

Perhaps there is a buyer out there wanting to fix, repair, and redesign a mansion. But at almost a million dollars, he might be better off just going down the street to Southlake to find one that is move in ready and without need of a live-in handy-man.

Of course, if you're that buyer, I would be thrilled to represent you in the purchase of your own million dollar home - with or without the moat.

Hi Terri, Sound like a dream home that turn into someone's nightmare.  Still could be someone dream home for the right price! Hope you find that someone and make a deal. 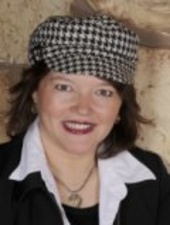