REBLOGGED Marathon right around the corner! Good morning:  Happy February 2nd!  What do you think, six more weeks of winter or six more weeks until spring?  We shall soon find out!  I am personally looking forward to Sunday and Super Bowl XLVII.  I wanted to send you a quick email to touch base because in my many years of leading amazing business owners, I have found that it is not uncommon for some to feel a bit down as January turns to February and business is not yet buzzing like it will be two months from now.  If you experienced a slow January, have no worries.  Lots of new business is on its way to your door step.  Have faith and confidence in your ability to not just survive, but to thrive.  You are amazing.  There is no limit to what you can do.  You are an inspiration to others.  If you can find 13 minutes today, tomorrow, or next week, CLICK HERE to watch this amazing video.  What you will see when you watch this story is a window into your own awesome potential.  You can be, do, and have whatever you want, period.  I am here to help.  Have a great weekend!

About Team Hoyt (sneak peak of the 13 minute video!)

Rick was born in 1962 to Dick and Judy Hoyt. As a result of oxygen deprivation to Rick's brain at the time of his birth, Rick was diagnosed as a spastic quadriplegic with cerebral palsy. Dick and Judy were advised to institutionalize Rick because there was no chance of him recovering, and little hope for Rick to live a "normal" life. This was just the beginning of Dick and Judy's quest for Rick's inclusion in community, sports, education and one day, the workplace.

Dick and Judy soon realized that though Rick couldn't walk or speak; he was quite astute and his eyes would follow them around the room. They fought to integrate Rick into the public school system, pushing administrators to see beyond Rick's physical limitations. Dick and Judy would take Rick sledding and swimming, and even taught him the alphabet and basic words, like any other child. After providing concrete evidence of Rick's intellect and ability to learn like everyone else, Dick and Judy needed to find a way to help Rick communicate for himself.

With $5,000 in 1972 and a skilled group of engineers at Tufts University, an interactive computer was built for Rick. This computer consisted of a cursor being used to highlight every letter of the alphabet. Once the letter Rick wanted was highlighted, he was able to select it by just a simple tap with his head against a head piece attached to his wheelchair. When the computer was originally first brought home, Rick surprised everyone with his first words. Instead of saying, "Hi, Mom," or "Hi, Dad," Rick's first "spoken" words were: "Go, Bruins!" The Boston Bruins were in the Stanley Cup finals that season. It was clear from that moment on, that Rick loved sports and followed the game just like anyone else.

In 1975, at the age of 13, Rick was finally admitted into public school. After high school, Rick attended Boston University, and he graduated with a degree in Special Education in 1993. Dick retired in 1995 as a Lt. Colonel from the Air National Guard, after serving his country for 37 years.

The Beginning of Team Hoyt

In the spring of 1977, Rick told his father that he wanted to participate in a 5-mile benefit run for a Lacrosse player who had been paralyzed in an accident. Far from being a long-distance runner, Dick agreed to push Rick in his wheelchair and they finished all 5 miles, coming in next to last. That night, Rick told his father, "Dad, when I'm running, it feels like I'm not handicapped."

This realization was just the beginning of what would become over 1,000 races completed, including marathons, duathlons and triathlons (6 of them being Ironman competitions). Also adding to their list of achievements, Dick and Rick biked and ran across the U.S. in 1992, completing a full 3,735 miles in 45 days.

In a triathlon, Dick will pull Rick in a boat with a bungee cord attached to a vest around his waist and to the front of the boat for the swimming stage. For the biking stage, Rick will ride a special two-seater bicycle, and then Dick will push Rick in his custom made running chair (for the running stage). Rick was once asked, if he could give his father one thing, what would it be? Rick responded, "The thing I'd most like is for my dad to sit in the chair and I would push him for once." The 2009 Boston Marathon was officially Team Hoyt's 1000th race. Rick always says if it comes down to doing one race a year he would like it to be the Boston Marathon: his favorite race. Neither Dick or Rick are ready to retire yet.

An inspiring story. Extraordinary dedication.  May they have many more races together and continue to show ohers the power of love.

What a great story! Its amazing what people can accomplish for their children...

Like
Potranco Realty
Potranco Realty - San Antonio, TX
"Sold with Potranco Realty"
Jay, WOW! WOW! WOW! I've heard this story but for some reason God lead me to your blog this morning to be ever so inspired by your story of Rick and his accomplishments along side his father Dick. These are the kind of blogs that should be FEATURED.
Like
Dorie Dillard Austin TX
Coldwell Banker Realty ~ 512.750.6899 - Austin, TX
NW Austin ~ Canyon Creek and Spicewood/Balcones

I echo Bob's words! I've heard this story too but I needed to be refreshed with this post. Thank you for sharing. I am suggesting this as a feature!

Good morning Jay - what a great story! Thank you so much for posting, and I'm suggesting it also!

That's an inspiring video that can't help but bring tears to your eyes.

Good morning Jay. I was familiar with this story. This father and son are truly incredible ana I enjoyed reading your post. Suggested.

thanks all for the kind comments.....awareness and implementation are keys to supporting and reminding others how we can all reach further and help others daily....again thanks to you all....

Naysayers can sometimes be just another test so that you realize you really want to do a thing and become sure of it. :)

We all need to take that word out of our vocabulary. 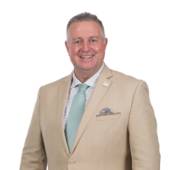