Joe Johnson was blown away.  The 50-year old realtor had been hearing from all of his friends that he should be using social media to market his business.  Johnson, however, like many people his age, finds technology to  be overwhelming at times, but understood  that it might have value.

After all, he had often said that he couldn’t see why he’d ever own a cell phone back in the late eighties.  Today, he has a smart phone, and doesn’t know how he could survive without it.  Joe’s Android is a now a  lifeline to his business.

Joe also uses his smart phone to communicate via text with his 16-year old daughter. Texting is another thing he thought that he’d never use until he realized that this is the way that his kids wanted to communicate.  Now that he’s been texting for a while, Joe actually likes it, and texts quite frequently.

Because he felt it was time to get into the world of social media, Joe decided to do some homework.  He’d heard a lot about Twitter, and his daughter had introduced him toFacebook, but Joe couldn’t see how these sites made any sense from a business standpoint. He just didn’t get why anyone would be interested in knowing what he’s doing at any moment in time, and only became more confused.

Because Joe felt lost over the whole social media thing, he decided to purchase and read several books about the topic.  During this time, Joe started becoming more comfortable with terms like the “new marketing,  tweets, and links,“and became even more convinced that he should have a “social presence.”

But Joe still needed to decide where he would invest his limited time and energy.  Even though there were thousands of social network sites to choose from, Joe decided to investigate Twitter, Facebook, LinkedIn, Google+,and Pinterest because  these were the sites that kept surfacing during his research.

Finally, after reading and playing with the different networks, Joe decided to invest his energy into Facebook, and Google+.  He saw value in the others, but felt that these two networks made the most sense for him.  Joe was also referred to Houzz, which looked like it would be a good fit for him,  but ultimately decided to stay with just the two social networks, until he could get his feet off the ground.  He might look into getting a profile on Houzz somewhere down the road, but not now.

Even though he’d  heard lots of praises from friends about LinkedIn, and Twitter, Joe decided to focus his efforts on Google+ instead.  He liked the ability to segment his messages to different groups of people (professional and social).  This way he could send an article about golf to his golf buddies, and real estate related articles to those more likely to be interested in seeing these articles, and pictures.

Joe also didn’t like the relatively short number of characters allowed on the other networks, and liked the fact that he could share more information,  including pictures and links , over Google+, than he could using LinkedIn, or Twitter.

Eventually Joe was able to build significant networks on both Google+, and Facebook. He was able to effectively manage his time, and was glad that he was able to stay focused. Joe was careful, however  to point out to some of his friends that even though Facebookwas right for him, LinkedIn or Twitter might be better for them because everyone’s needs and interests are different.

Click here for information about social media and marketing consulting.

I have been seeing people starting to shy away from FaceBook. I have made a sale from LinkedIn.

Rob - That's good to hear.  Each person is different, and they should use what they feel works best for them.  I've heard some people describe great success using twitter, but it doesn't deliver as well for me personally.

Facebook limits how many followers see your posts which is irritating to say the least.

Have you tried Google+?  If so, what are your thoughts on it? 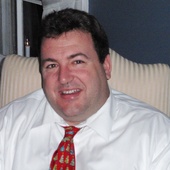 Everything real estate in Central Massachusetts.