It happens every year.  Parents lining up, sleeping bags in hand, wine and food being passed, a jolly good time be had by all, except this is for a coveted space in the 2008 Kindergarten class at San Mateo's Baywood School.  Registration doesn't even begin until February 1st, which is this Friday.  The line up began last night and parents are desperate to get their children into the local school with too few places for new kindergarteners.

shoot the story and air it.  I do not think there is another public school in the US that has this happen.  People spend a lot of money to buy a home near Baywood School.  Baywood, Baywood Knolls, and Aragon are among the most expensive areas in San Mateo.  Baywood Elementary School is the best school, by scores, inthe city of San Mateo, so people want to live near it.  But is it worth all of this?

Baywood School was remodeled several years ago but the one thing the San Mateo/Foster City School District did not do was project ahead for the need for additional classroom space by adding a second story to the school.  Therefore, this line up of parents takes place annually!  Crazy but true.

The district has done one nice thing for this group of parents, due to the cold and wet weather, they have allowed them to record the number they are sitting in line and will hold their place, allowing them to go home to a nice warm bed tonight and tomorrow night.  They can then resume their line up on Friday morning, at the crack of dawn.

Two parents thought ahead on this.  They came with rental campers, ready to sleep in comfort while taking turns with others to hold their spot.  Lucky that they didn't need to use this technique.  My bet is we will see more than two campers sitting in front of Baywood a year from now if the school district doesn't come up with another way to do this.

Show All Comments
Kurt Vierheller
Flagstar Bank - Wilmington, NC
WOW! That is crazy! It must be a good school for parents to do all that.
Like
Anonymous
Lenore Wilkas

Yes it is a good school but still....  Houses there cost over $1.2 million and people buy there for the school, but the school is impacted and can't handle all of the children in the neighborhood.  It's really discouraging for these families.  Private schools run as much as college tuition.  The school district promises to get the kindergartener's into the school by first grade and they have added several portable classrooms, but this keeps happening every year and there appears to be no good solution for the families. 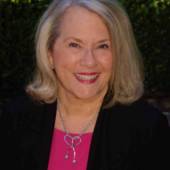 Commenting primarily on seven cities on the San Francisco Peninsula where I live, work and play. I believe that education about the real estate process is key in my desire to help people find their next home. If you are looking for research data about a community I write about, I have it. If you have questions about how to buy a home for the first time, I like answering those questions and educating you about real estate. Are you considering a Divorce in your life? Don't do it without talking to me first because there are huge financial ramifications to keeping the family home. You need to talk to a Realtor before talking to an attorney in order to protect yourself. Want more info about why? Read my blog.