Home > Blogs > Nate Secor > Nate's Blog
bookmark_border
First, thank you to those who stuck your neck out and made a predicition.  I think of Chris Collinsworth who always is quick to point out that in the sixth week of the NFL season predicted that the Patriots were the best team ever.  He never mentions that he said the Chargers were dead in the water at about week 10.  7 weeks later Rivers and a group of bandaged cronies made a run for the the championship game.  Better to predict and be right some of the time than to never try at all.
Like favorite_border
favorite_border 0
repeat 0
bookmark_border 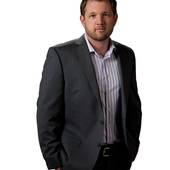 In general my blog will consist of predictions. Everyone can talk about what they new was going to happen, but it is much harder to post what will happen. So, I will attempt to do so on a regular basis, and use it as a score card as to how accurate I am.