Real estate in Bonita, California is an excellent option for first-time homebuyers as well as experienced home buyers. Bonita, which means ‘pretty’ or ‘beautiful’ in Spanish, is nestled in San Diego County right between the city of San Diego, Chula Vista, and National City.

The current population is over 12,500 people in a geographic area of 5.1 square miles. This city is located right on the 5 mile stretch of the Sweetwater River and is only about 6 miles away from the ocean. The majority of this city is covered in housing built in the 1960’s, 1970’s, and 1980’s. There are many fantastic homes in Bonita which help develop neighborhoods, creating a tight-knit community of residents. This city offers its residents plenty of space to spread out with all sized houses and yards.

This city is also populated with various wildlife including rabbits, squirrels, and foxes. The climate here boasts sun throughout the majority of the year. The temperature hovers around 70 degrees all year round like most of southern California with some summer days reaching the 90's and some winter days dropping into the 60's.

The city sees a small amount of rainfall and snowfall each year. Because the town is located in the San Diego bay area, it sees gloomy days throughout May and June, and stays slightly cooler than cities located more inland.

Southwestern College offers approximately 285 associate degrees and consistently ranks in the top 100 community colleges across the nation. Bonita is surrounded by cities and towns, but is considered to be a rural enclave making it ideal for people interested in owning land and finding some peace and quiet in Southern California.

Equestrianism is a large part of the Bonita community and the town offers many trails throughout the various parks specifically for horseback riding. The Bonita Valley Trails organization ensures that trails are kept up so that the equestrian tradition can continue in Bonita. Bonita is home to several large parks such as the Sweetwater Regional and County Parks, the Sweetwater Reservoir Riding and Hiding Trails, and the Fred H. Rohr Park. Golfers are also attracted to this city because of the Bonita Golf Course and Chula Vista Municipal Golf Course, as well as the annual golf tournament held during Bonitafest.

Every year in early autumn, Bonita hosts the annual Bonitafest. Bonitafest includes a parade down the middle of town, a fair with arts, crafts, entertainment, and a golf tournament. During Bonitafest there is also a play called the Bonitafest Melodrama which brings the joy of theater to the entire community.

On the I-805, Bonita is only about twenty minutes away from downtown San Diego making it an excellent place to live in peacefulness without being too far away from the excitement of a city. Because this city is a rural enclave, homebuyers get the benefits and convenience of being close to San Diego while still being able to own land and relax in a quiet and community-minded environment.

For potential homebuyers looking to settle down in a more relaxed and rural piece of Southern California without getting too far inland and away from the convenience of I-5, Bonita is an excellent choice. The majority of residents are homeowners, making real estate in Bonita excellent investment choices for both new buyers and experienced buyers.

Looks like a nice place to be. How is the wildlife? 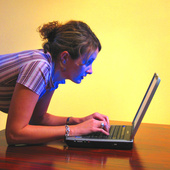