The Mortgage Debt Forgiveness Act has been extended.  This will help distressed homeowners who are thinking of doing a short sale.  This may be a good option for you.  Both CAR and NAR have worked tirelessly to help keep this option for the public.  See the latest news from CAR below:

►C.A.R. SPONSORS MORTGAGE DEBT TAX RELIEF BILL
Short sales have become an increasingly important alternative to foreclosure for distressed homeowners. Unfortunately, in the past, federal and state law has viewed the debt forgiven by a lender as income and has taxed it at typical rates. In recent years, C.A.R. and NAR have secured short-term relief in state and federal law that keeps this “phantom” income from being taxed.  In early January, the President signed into law an extension of mortgage debt tax forgiveness until the end of this year. However, the state has not yet passed legislation to extend the sunset, leaving many short sale transactions in limbo as sellers have to make an unfortunate choice between paying a tax they can’t afford and allowing their home to fall into foreclosure.

The federal government enacted the Mortgage Debt Relief Act of 2007 that permitted 3 years of mortgage debt relief by excusing borrowers from income tax on debt forgiven in a “short” sale. In late 2008, the federal government extended this relief until December 31, 2012. In 2008, California enacted SB 1055 which provided conformity with the federal statute for the 2007 through 2009 tax years.  In 2010, SB 401 extended the same debt forgiveness on "phantom" income through December 31, 2012. 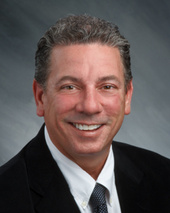