There is a house for sale in lower Westchester that says it is represented by a listing agent, BUT, it says to set up all appointments for showings, and all negotiations, offers and questions should be directed to the sellers.  Wondering if that listing agent is getting paid for nothing, or just a friend who wards off any other listing agents who may want to try to get the lead. But, this is more about the, what I’m calling, the FSBO “Sales Pitch” last weekend.


By the pictures (which you know can be deceiving), I had a buyer who wanted to see it.  The listing said call seller to set up appointment if outside their open house next weekend.

We showed up at 9:30 a.m. on Saturday. First thing we found was, that it was not in the main part of the neighborhood that was on the listing, and that my buyers were targeting.  In fact it was a few streets over, on a narrow one way street where it said “no parking” on entire block and only fit one car in driveway which was theirs.  It was squished between two houses and one house away from a low rise apartment building near busy part of town. But, since we set it up, I told my buyers lets be polite and see the house. (I had called and asked about parking and they said there was plenty of it..but didn’t mention it was up at top of the street on another block).

The owner, husband and 2 kids were in living room. A lot of tumult for a few moments while he got children’s boots and coats on, and she was running in kitchen to get them snacks for their day out with dad, so that she could show the house.
It was a small house, about 1600 square feet. What struck me as humorous about the “tour”, is that she was doting on negatives and trying to justify them as “positives”, rather than just let my buyers see the rooms. Every single room had a “story” attached.  Walk right into living room (shoes and toys around) that went into a small dining area. She says that she has other mothers with kids over and there is plenty of room for all since they are joined! And, how the high ceilings in both rooms make them look bigger.  She walks into dining room and points out the tall cement retaining wall out the window! Says, its great having that retaining wall there (side house is about 5 feet above her level), because it creates privacy!!! (Yes, if you like looking into a cement wall). We walk through the galley kitchen where she said was renovated in 2008 and had newer appliances (with cheap cabinets and lineoleum counters).
Then we go upstairs!  First room she says...this room does not have a closet, but it is a bedroom for our youngest child. Can always put your own armour in it if want a closet! Other two bedrooms were small and main bedroom could not fit a dresser in since two heating vents in a row! The seller dotes how she had a potential buyer who was a designer and said that the upstairs could be reconfigured with bath in bedroom if my buyers were handy!
Basement was unfinished, with pads on floor and filled with couch, desks, kids toys, washer/dryer and oil tank on floor in corner..all open!  She raved how they were lucky they didn’t get flooding like their neighbors and went back to fact they had that great cement retaining wall facing their house!

Only thing I learned that I didn’t know on this venture through a FSBO tour was: There was a toilet in the basement surrounded by a semi wall. She said she found out that many of the these old houses had coal in the old days. And, people didn’t want the coal deliverers to go upstairs, so they put toilets in the basement! True or not. Made for a humurous end to our tour!

My buyers were not interested from the time we drove up to the property, but we were all polite and listened to her rave about the house as she followed us no more than 3 steps behind the whole time!

I know there is a person for every house. I’m hoping that “so called” designer single woman bites since they are transferring back to Europe in next few months!

I’m still wondering what that listing agent is doing on the listing since it did not seem he gave her any advice on how to sell this home!

Hi Barbara, I think I would run from this one.

Sad and funny at the same time.

You never know until you show up!  Don't think I"ll be showing this one again, but at least know what to ward off future buyers about!

And, yes, to Doug. I always find homeowners who show their own homes..whether listed or not, usually embelish the wrong things..which is funny.

It's just another day in the life of a Realtor!  Good luck with placing your buyer elsewhere.

Yes, it is sad and funny - I agree.  Maybe the "listing" agent just listed the house and not really getting commission.  Very sad. 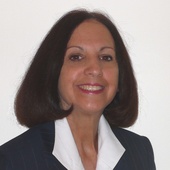