Will the Fed’s recent rate cuts cause mortgage interest rates to plummet this year? Most likely not because the Funds Rate (the suggested overnight rate charge for banks) is NOT directly tied to fixed home loan rates! Fixed home loan rates are directly tied to bond rates and when the stock market goes up, the bond market goes down, which means mortgage rates go up. Obviously if we experience a recession than all bets are off.

So if you are looking to buy real estate, it may be the right time to lock in those low rates…because they just might go up!

My friend, Brian Davidson at Benchmark Mortgage of Shreveport sent me an article that he wrote that really spells out the situation very clearly:

Hot on the heels of its surprise inter-session rate cut of 75 basis points last week, the Federal Reserve cut key interest rates again, the fifth straight cut since September 2007. In its statement last week, the Fed said it had decided to cut the federal funds rate “in view of a weakening of the economic outlook and increasing downside risks to growth.” In other words, economic data suggests the US is on the brink of recession, and the Fed is acting accordingly.

Who benefits from this cut?
If you have a loan that is directly tied to the Prime Rate, you will see an immediate benefit. Home equity lines of credit (HELOCs) and variable rate charge cards are the types of loans that will have an interest rate reduction on their next statement.

What does this mean for long-term rates?
Long-term mortgage rates, the lowest we’ve experienced in years, could actually increase after yesterday’s cut, based on historical performance and recent trends.

So if you’re waiting for long-term rates to fall further, don’t count on it. Your best chance to lock in the lowest rates since 2005 is now. Getting your application in process now will allow you to capture a great rate before it’s too late.

What REALLY moves mortgage rates?
Fixed-rate mortgage rates aren’t directly tied to Fed interest rate moves. Instead, they tend to follow in the direction of other long-term government bond yields, such as the 10-year Treasury, which historically moves in accordance with the economic outlook and in advance of Fed actions. The performance of Mortgage Backed Securities, issued by Fannie Mae and Freddie Mac, is what really determines long-term mortgage rates.

Inflation and the reaction of the Stock Market to the Fed’s decision, will cause Bond Pricing to go up or down, which will determine which direction home loan rates go. The odds are that a Fed Cut will stimulate business, drive the Stock Market up, cause inflation to increase, all of which will cause Bond Pricing to go down, and home loan rates to go UP.

Don’t believe me? Here are some stats to support: In 2001, the Fed cut the Funds Rate 11 times, 8 of those cuts being by 0.50%, for a total of 4.75% in drops in that year alone. But Mortgage rates were actually higher during this time, because of increases in inflation.

The reason rates have fallen somewhat during the last quarter of 2007, is because of poor performance in the Stock Market, due to fears of a looming Recession, NOT because of Funds Rate Cuts by the Fed. The Cuts have come after the fact to renew faith in the Stock Market, by making short term money cheaper, to create stimulus for Business, to help avoid a Recession.

This Interest Rate Update was provided by Darryl Glade, Realtor with RE/MAX N.O. Properties. Darryl can be reached at darrylglade@remax.net or by phone at 504.451.8960. Darryl’s office is conveniently located in Uptown New Orleans at 8001 Maple Street. Darryl works throughout the Greater New Orleans area including Uptown, Lakeview, Broadmoor, Mid-City, Metairie, Kenner, Westbank, French Quarter, and the Warehouse District. 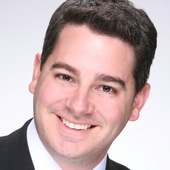 Born and raised in New Orleans, I know this city and its real estate. Please contact me soon if you are interested in buying or selling property in New Orleans. I look forward to hearing from you!