At the moment, drivers are taking the original (and longer) route along Morton Rd to Layhill Rd.  This alternate route is about 1 mile longer and much more difficult to navigate as the road is extremely windy.

On numerous occasions when passing Primmer House Rd, I would notice the ROAD CLOSED barricades moved as frustrated drivers got fed up with the delays and decided to take matters into their own hands.  The road had passed inspections on two occasions from both VDOT and CSX engineers.

The reason for the delay was simple - money.  The developer would have had the opportunity to open the road without the road having to be entered into the state road system had they been willing to assume liability for maintenance of the road.  However, a spokesman for the developer has said that it cannot afford maintenance costs, and wants to keep the road closed until it's in the state system.

The Stafford Board of Supervisors will petition VDOT to approve the road into the state's road system at its meeting on February 5th.   By all accounts, proposed resolution R08-100 is awaiting approval as part of the consent agenda for the afternoon session.  Now, when the road will actually open is anyone's guess! 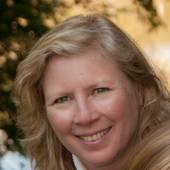