A number of weeks ago I saw an interview on one of the news channels. Not being the avid newsie my husband is, I usually blow through the family room, my mental ears on my own thoughts. The words North Carolina miraculously penetrated and had me pausing to listen. Senator Bob Rucho was talking  about a proposed elimination of North Carolina”s state income tax. You don”t have to be a newsie to find the topic of the elimination of any tax worthy of a listen. But was this just more political blathering or  a serious we”re-going-to-get-it-done-in-my-lifetime proposal? I searched the internet for the merest  mention of this topic and came up empty. This is big news, I said to myself, why the vacuum?

Time to  pull out the old adage and go to the horse”s mouth. Early Thursday morning I emailed Senator Rucho,  introduced myself, and asked him for his insight into the likelihood of this legislation passing, as well as  a prospective time frame. Imagine my surprise when a couple of hours later Senator Rucho called me.  Yes, he assured me, this legislation is very important to him, as well as his colleagues, many of whom  were elected with a pledge of tax reform of an antiquated tax code enacted in the 1930s. The Senator  and his colleagues hope to have this legislation passed this year; however cautions that this tax cant  be eliminated overnight, but will be a gradual lowering over a period of time with eventual elimination.  One more reason to move to North Carolina, a wonderful state to live in that offers lower property taxes  than many states in the nation, affordable home prices, favorable seasonal temperatures, a variety of  great lifestyles and warm welcoming people. In the words of legendary TV host Bob Barker, come on  down!

Homes for sale around Lake Norman 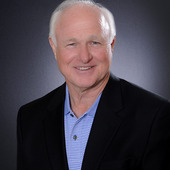