The oldest and longest thoroughfare in The Woodlands will see a makeover in 2013 as the stretch of Woodlands Parkway over Lake Woodlands will expand from four lanes to six lanes, potentially eliminating rush hour traffic congestion.

The stretch of Woodlands Parkway from Grogan’s Mill Road to East Panther Creek Drive is the only four-lane stretch of the otherwise six-lane thoroughfare, said Mike Page, spokesman for The Woodlands Road Utility District No. 1. Page said rush hour traffic in the morning and evening exacerbates congestion on that stretch, slowing eastbound and westbound traffic.

“The purpose of the project is just to eliminate that four-lane bottleneck,” Page said.

Danny Perez, spokesman for the Texas Department of Transportation, said the four-lane section of Woodlands Parkway is 0.895 miles long, and Woodlands Parkway received an average of 26,700 vehicles a day in 2012. Perez said construction on the project began Nov. 26 with 246 working days planned on five-day workweeks.

He said the estimated completion date for the project is December.

The expansion costs about $2.86 million with funding split between TxDOT, Montgomery County and 25 percent coming from the RUD, Page said.

Bruce Tough, chairman of The Woodlands Township board of directors, said the project is necessary to alleviate added congestion because of the residential and commercial growth along Kuykendahl Road and in Creekside Park.

“It’s a critical artery in The Woodlands,” Tough said. “You have to have an expansion of Woodlands Parkway to accommodate future growth.”

Although traffic may improve in the long run, Page said, construction will inevitably lead to slower drivers on Woodlands Parkway. However, TxDOT will not close any lanes for construction, instead opting to narrow the eastbound and westbound lanes and cut off the shoulder with a concrete barrier.

The eastbound lane will be completed by June 1 and then westbound construction will begin, Page said.

There have been any formal advisories of detours because there is no lane elimination during construction, he said.

However, he said. motorists seeking a detour can use Research Forest Drive or Lake Woodlands Drive if they need to access either side of The Woodlands without traveling the congested section or use The Woodlands’ park and rides 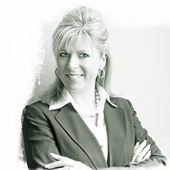 The Woodlands Area REALTOR. Whether you're buying or selling a home, I'll be with you every step of the way! NW Houston, Champions and Spring REALTOR. Accredited Buyers Representative.
rets