Yesterday Bank of America  sent out a memo to short sale agents that was in one word, SURPRISING.  Among several things they were "suggesting" or dictating, the head slapper was that an agent must "Ensure the listing status is current and active on the MLS until a short sale approval letter is issued."  So until BOA issues a short sale approval, they want the property "Active" in the MLS.  What does this mean exactly?

Am I being overly dramatic?  Yes and no.

For buyers this means that you will still be getting listings marked as "Active" when really there has been a meeting of the minds, a contract has been signed by the buyer and seller, and everyone is just waiting for the bank to sign off on the deficiency.  This could get very confusing...trying to weed out what is really available from the listings that already have a signed offer.  Like the house that you found online and want to see it?  Oh wait, they are 30 days into the short sale approval process and both the buyer and seller are still on board with the purchase.  See where things can get murky?

For sellers this could mean that people continue to want to see your house.  It does happen occasionally now, when it is marked CNTG/KO (Contingent with a Kick Out) or Contingent No Kick Out (CNTG/NO KO) you may still get some requests to see your home, but usually it is from serious buyers.  If your property is still "Active" you could get less serious buyers asking to see the house not understanding the whole dynamic of the situation.

Now for the kicker...for the majority of agents in the US this new rule they are trying to impose is actually a violation of MLS rules.  In some states its even a violation of state law (ILLEGAL). In short, we just can't do it.

In MRIS, the MLS I participate in, the status must be changed within 48 hours once the buyer and the seller have signed the contract.  In their eyes  the contract is ratified when  the Buyer and Seller have signed all the agreements in the contract and delivery and acceptance is made. The third party approval is a contingency just like home inspections, finance, etc. It is important to know that the contract is actually ratified when the buyer and seller agree, meaning that the home can no longer be marketed as active; regardless of the status of the Lender’s Third Party Approval.

More than likely, the same agents who received this memo will receive a backtrack from BOA shortly either reversing or clarifying their intention.  Agents have scrambled to share the memo with their brokers, local associations, and even the NAR. Until then, you have agents stating that they will no longer take BOA short sales because in order for BOA to process the short sale, they are being asked to violate  MLS rules and sometimes state laws.  This could have a major impact on the housing market, and at this point we can only hope that this will be resolved quickly. 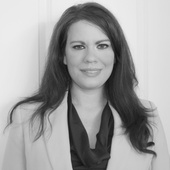