Apparently this is national now.

We received a call from a woman in Pennsylvania that has a son that had a very similar circumstance. She said her son was contacted by someone playing the online game he played. This person or persons bought her child a train ticket and sent it to him. His Mother got wind of this and apparently saved her son. She mentioned the disappearance of Dylan Redwine of Bayfield, CO. (3 months ago), as well as one that is currently active in Omaha, the child from Ignacio, CO a week ago and the disappearance of our Dillon.

From what I understand it takes over a week to get the transcript of text messages sent just hours or days before his disappearance. This is why changes need to be made to the system to be able to access this information faster.

Most victims are teenage gamers that are playing an online version of, what I am hearing, is the X-Box game "Call of Duty" this is where some authorities, (in certain jurisdictions) are actively looking at this type of scenario. These kids children are apparently lured into God only knows what from these people in these rooms, or whatever they call them. From what this gal told us, there are at least 3 adults that may be involved 2 men and a woman. One man and woman could be white or hispanic, the third is unknown.

Our Dillon had a recent breakup and that may have played a part but there are so many variables, no one knows. If this is happening, I don't think this County can take on something this big on its own, if it is in fact, bigger than anyone realizes. I sincerely believe that the FBI needs to be involved.

These children are being exploited and some counties around the nation may not be prepared for something of a magnitude as this possibly be. We have pulled all online gaming from Dillons younger brother so he too doesn't fall victim to these predators.

I just hope some authorities, somewhere, takes this all serious enough to do something more productive than just giving us their theories, speculation and opinions.

Oh my G-d Jon. I am so sorry for this and have no words to offer your comfort or hope. I knew nothing about this practice, but will keep you, your family and Dillion in my prayers.

Thank you Sheila and Erica. We are putting out as many feelers as we can and will continue to do so until Dillon is home safe with those that Love him. Thanks again.

Here is a link to a report about online predators. 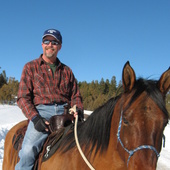