KABOOM. Nanny, Family, 2 Small Children Die in Fire. Cause Said To Be Electrical!

That may be the way the headline would read, but fortunately it has not happened. But conditions are prime for it and the risk level is high. The grey 'snow' layer covering everything under this house is laundry lint. About 12 to 20 years accumulation. And it does cover everthing; soil, rocks, insulation roll and other debris a like. And its hanging off joists, wiring and walls.

It's a real mess! But thats not all. The photos below show the area heater and where it is plugged in. This is a powerfull portable commercial heater. It is the only heater in this large crawlspace and it is short cycling, starting and stopping several times a minute. It draws 240 volts when running and may surge higher at startup.

1 Every time it starts it could spark or arc at the motor bushings or in the plug box. The plug box is supposed to be a fully closed contaiment. IT IS NOT. (This is not the only uncontained wiring in this crawlspace, just the most powerfull.)

2 The plug prong orientation results in the plug being held to the outlets such that there is stress on the plug from the weight of the cord. Vibration and time will loosen the plug and expose the prongs, potentialy causing arcing there.

3 The resistance heating coils of this heater can get red hot before the fan cuts in and dissipates the heat. Just visualize air born lint carried into those red hot coils.

Fresh lint may be damp, last weeks lint won't be. Sooner or later the fan of this heater is going to suck it in and...kaboom!

Fire + dust in suspension = explosion. Lint is nothing if not a flamable dust.

And oh, by the way, did you notice the crawlspace walls in the background. Exposed styrofoam insulation! Burn baby Burn. But before that the foam will off-gas poisonous gasses known to be fatal to humans.

That gas will spread throughout the structure and through walls and floors. The occupants on the 2nd and 3rd floors may not even wake up.

Glad to know you were here to alert the owners to the risks in this crawlspace.  Scary stuff.

I hope the owners take note of this and correct the situation Robert.

Thanks Scott, there was more than just this issue in this crawlspace.

Hi Tom, sadly the owners don't seem to be taking it seriously. "It's only lint". But the buyers bailed, that may cause them to at least clean it up.

Robert, THat looks like some of the crawls I see ; ) Hey you got a member spotlight congrats!

Good to see they know we are alive and well. congrats on the Member spotlight my friend.

As far as this crawl space goes.

2 Backpacking as seen on  right.

4. Just waiting for the fire to start dinner. LOL

Have a great evening in Montreal my friend.

Thanks Don I didn't even know there was such a thinga a member spotlight.

Thanks to you too Clint. Now I just need new clients to see it. Every bit helps. 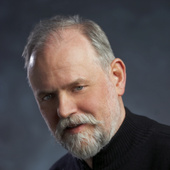