I just finished my 10th Short Sale with BOA.  This one I closed in record time, ONLY 6 MONTHS, compared to the last three which each took over 9 months.  BOA needs to stick to trying to get to systems and process of approval for shorts sales down before they tackle trying to move into playing Realtor.

In addition to requiring all properties be listed on the MLS which has been the case as long as I have been doing short sales, the announcement also stated: I cannot speak for all MLS rules because I don’t know them.  I only know my MLS rules which require us to change the MLS status from “active” to pending once the property has a ratified contract.

Bank of America claimed it is “aware of the MLS rules and would be clarifying the matter soon.”

Yesterday, February 14, 2013 Bank of America distributed a Short Sale Agent Update which, among other things, clarified the MLS requirement as follows:

“The listing requirement demonstrates that the property was listed on the open market and the offer received represents an open market transaction. We recognize that listing status classifications may differ by locale and are subject to local or regional MLS requirements. Brokers should follow MLS requirements at all times. MLS statuses such as Back Up, Contingent or Pending may be acceptable. Ensuring that the listing remains on the MLS until an approval letter is issued will help you show that the property was on the open market.”

I realize there are some shall we say “shady” short sale transactions managed by agents who behave badly by not adhering to lender requirements and/or following their own Board and MLS rules.

Bank of America, as well as other lenders, has always required that the MLS printout be submitted with the short sale package. This has been the case at least as long as I have been doing short sales.

I have to say that I find it disturbing that Bank of America made the MLS active status requirement statement in the first place. Clearly Bank of America does not understand that “active status” or any other status on the MLS does not prove the “offer received represents an open market transaction.”  The only thing it proves is that the property was listed on the MLS.

Agents representing buyers in a highly competitive sellers’ market like we are experiencing today know that some agents keep their own short sale listing inventory in their own pockets, so to speak, even though the property is listed on the MLS.

Good luck Bank of America with your efforts to control agents behaving badly. You can’t do that anymore than people can protect their self from the banks behaving badly.

The Daniel Hayes Team, Thank you for the re-blog.  This has certainly stimulated a great discussion among our amazing AR community. 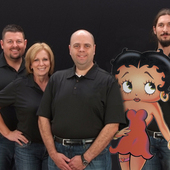