I was at the Northgate Nordstrom Rack today grabbing a skirt and I randomly mentioned to my significant other, "Northgate Mall was the first mall in America."  It sounded ridiculous coming out of my mouth and he didn't believe me, but I had learned about this detail in my twenties WAY BACK when and dug it out of my brain somehow....

I had to Google it to verify my own story and it is true.

The story is actually quite cool, but we have the first mall in America right here in Seattle. It was built in the late 1940's and opened in April of 1950 and according the article on History Link, "the country's first regional shopping center to be defined as a "mall" (although there were at least three predecessor shopping centers). The stores face "a wide shopping walkway, probably to be known as the Mall or Plaza, in which no vehicles will be permitted"

James B Douglas presided over the opening of Northgate Mall.  Mr. Douglas also was responsible for at least a couple other major Seattle cultural icons including Seafair and the Space Needle.  To grasp the importance of this man, you should read more.  Here's Douglas' obituary:  http://www.seattlepi.com/default/article/James-Bostwick-Douglas-1909-2005-He-led-1172816.php

Northgate Mall went through an incredible facelift in recent years and it definitely does not feel like it was built in the 1940's so I highly recommend a visit if you feel like walking the "covered sidewalks".  You can get more info here:  http://www.simon.com/mall/northgate-mall/stores/list

If you want to look at neighborhoods around "the mall", here are some good links:

You must sign in or register to leave a comment
Login Register
Show All Comments
Rainmaker
1,181,755
Adrian Willanger
206 909-7536 AdrianWillanger-broker.com - Seattle, WA
Profit from my two decades of experience

Courtney-what a masterpiece it must have been when it was first built, did that included the totem pole on the north side? 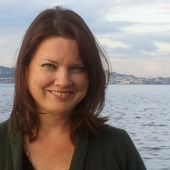