This post is stuff we all know. Thanks very much to Andy for taking time to write it down to remind us all. I have bookmarked it and plan to read it every month. Thanks again Andy. Ashley Okland, a 27-year-old real estate agent from West Des Moines, Iowa, was shot and killed on April 8, 2011 inside a model townhome she was working in. Investigators believe that the murder was planned and that Okland was targeted because she was working alone.

The risk of murder, as well as assault, rape, and even abduction, makes working in the real estate industry a dangerous profession. Fortunately, with caution and preparation, the fates that befall the unluckiest real estate agents can be avoided. Read on to find out what you can do to keep yourself safe.

Real estate agents encounter danger in an unfortunately large number of ways. Keep the following examples in mind when you visit the homes you sell and think about how you can get out of harm’s way if you find yourself in a similar situation.

Predators prey upon isolated agents at showings and open houses. Agents who publicize open houses and show homes to strangers before meeting them at their offices make it easy for robbers, rapists, abductors, and murderers to get them in an isolated environment where it is harder for them to escape or call for help.

Angry former owners sometimes attack agents when they attempt to sell their old homes. Like the adage “home is where the heart is” suggests, people tend to be emotionally invested in their homes. These emotions can boil over when homeowners are forced to go into foreclosure and watch their beloved former home go on the market. The targets of their rage can sometimes be the innocent real estate agents who sell their homes, despite the fact that they bear no responsibility in forcing the homeowner into foreclosure in the first place.

Squatters may assault agents if they stumble into the vacated homes they are occupying.Squatters can turn violent if real estate agents show up and ask them to leave. This problem is exacerbated by the fact that many squatters are afflicted with mental illnesses that turn what would otherwise be a normal exchange of words into a heated shouting match. Some squatters expect to be offered money in exchange for leaving the vacant properties they occupy; when this money is not offered, tempers can flare and violence has been known to ensue.

Implement the following safety strategies and you can drastically mitigate your chances of being attacked on the job.

Always meet at your office first. You can vet your potential clients in a safe, public way by meeting them at your office first. If they seem dangerous, you can decline to show them homes after the meeting is over and thereby avoid the risks that may come if you find yourself alone with them.

Do research on the potential client.Do a Google search for the potential client’s name, email address, phone number, and any additional personal information you have. The internet hosts many publicly-available databases of sex offenders and other criminals; if the person you are planning on showing a home to has committed a crime, it is likely that you will be able to find a record of it.

Show homes only when others are around. The hours in the late morning and early afternoon when residential neighborhoods are virtually vacant are poor times to show houses. Instead, choose times when the neighbors are coming home from work or are out and about.

Don’t hesitate to cut a showing short.If a potential client starts to come across as shady or dangerous, don’t be afraid to stop a showing before it has run its course. Being rude is a small price to pay if your life is on the line.

Know the neighbors. Friendly neighbors can provide a place to hide in case an attacker strikes.

Don’t work alone.Having several co-workers with you will make it more difficult for criminals to overpower you. The presence of others will also discourage criminals from attacking you.

How to survive an attack

Arm yourself. Pepper spray and tasers are inexpensive, easy to conceal, and an effective way to incapacitate an attacker. For those who feel as if their lives are routinely at risk, carrying a concealed handgun is always an option.

Focus on escaping.Attackers will frequently give up if their victim escapes to a place where others can see them. Make it to an exit or even near a large, high visible window and the attacker’s priority might instantly shift to fleeing the scene.

Today’s widespread use of smart phones has put a plethora of personal safety mobile web applications at the fingertips of anyone who has one. Wise real estate agents will prepare for the worst by downloading one or more of these potentially life-saving tools.

B Safe - Alert an unlimited number of friends and family -- in addition to emergency services -- via text message by pressing a single button.

Help Now - Pressing the alarm button on this app will alert 911 and two emergency contacts and pinpoint your whereabouts to within 10 yards of your exact location.

Street Safe - Triggering this app’s silent alarm will alert 911, provide them with information about you (like your full name, age, physical description, and other important details), and track your location if you move.

It is important to note that these apps won’t keep real estate agents from being attacked; please do not assume that you will always be out of harm’s way simply because you downloaded one or more of them. Instead, these safety apps are meant to keep you alive by alerting the authorities and your emergency contacts once you have been attacked.

Great blog...I myself carry a concealed weapon but I am always looking for a way out.

Tom:  I know of several on-site saleswomen who have had "brushes" with stalkers, and plain ol' idiots, too.  If you are a woman and are on a builder's model at the end of the day... if for any reason you think that "something is wrong..." call 911 immediately.

Good choice for a re-blog.  Thanks for sharing the safety tips.

Have a most productive spring as buyers continue to take advantage of the very low mortgage interest rates.

Great re-blog and just reminds us to be prepared and keep our eyes open at all times, Tom. 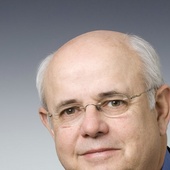