The books have been closed on real estate sales in The Arlington for 2012.  For the year, a total of 37 units reached the settlement table, which is well above the rolling 5 year average of 30 units and just 1 shy of the 2010 high water mark of 38 units for that same period.

Of particular note is the number of upper level units, B & M models, which accounted for 75% of all sales, and the M models accounted for 48% of sales by themselves.  These percentages represent the high mark over the past 5 years, with M units in 2008 having a slightly lower percentage of sales.  The M unit is the largest unit in the association in a 2Bed/1Bath configuration over two levels, so it lives very much like a town home and consistently carries a higher average sales price over the other configurations.

The Arlington was originally built as an apartment complex in 1950 and then converted into condominiums in 1980.  At the conversion, decks and patios were added as options for individual unit owners to buy and the common basement laundry rooms were divided to create a lower level for the L units, which normally have 3 bedrooms and 2 bathrooms.

Location wise, The Arlington is located within a mile of Shirlington; with all of it’s restaurants, shops, theatre, and movies and is just off of I-395 at the King St/Route 7 exit.  This puts it within a few miles of the Pentagon and Washington, DC, via I-395 and multiple bus lines to the Pentagon Metro.  This close-in location has become more desirable as the amount of traffic builds on roads through out Northern Virginia and allows for a high quality of life with a minimal commute.

As a proud former resident of The Arlington, it is a great community to call home and my family still maintains the friendships that were created there.  If now is the time for you to sell your unit in The Arlington or you are considering it for your next home purchase, please feel free to contact me today.

AJ great recap of the year. All the important information, both objective and subjective.

Rachelle -  Thanks for stopping by and the comment.  Putting data into context is one the most important things that we can do as agents.

AJ: Interesting that the turnover on some levels were so much more. What do you attribute that to? Looks like a very convenient and desirable place to live if you work at or near the Pentagon.

Some of this east coast real estate stuff is very foreign to me :) Looks like you really know your stuff about Arlington!

Hella - The B & M models are both upper level units (the vast majority of which have large decks off the dining area) and historically gotten more per square foot than the ground floor units.  The skew in the numbers this year was particularly high and anecdotal evidence from my friends in the community suggests that we had a large group of young families that had outgrown the units along with the normal turnover in Northern VA.

Renee - You could get up to speed in 5 minutes if you wanted to... but then you're busy educating the rest of us about the Las Vegas market.  Keep it up! 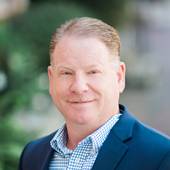