There is a multitude of ways to communicate today.  What you communicate is what is most important!

I received a call today from a client that I had recently assigned to one of our agents.  She wasn't happy because no one had contacted her regarding her move to the Western North Carolina area.  I had assigned an agent to her two days before and I remembered getting a note from the agent.  While I had her on the phone I pulled her file and sure enough, the agent had made contact.  Turns out our agent had spoken with her husband.  I guess he didn't bother to tell his wife about that.  Whoops!

Seems like I've run into this situation a few times before.  The husband calls to make an appointment to see a home but when our agent makes an appointment to show them the home, the wife isn't on board.  Another instance was when a woman called to list her home and sell her house.  Well, guess what, hubby didn't know about this.  See a reoccurring theme?

What is frustrating is that our agents have to take time out of their schedule to deal with these situations.  When it doesn't pan out because of one of the parties it doesn't look good for me.  But it is not because I didn't ask questions.

Here's the deal.  Even the most seasoned agent will run into these time wasting situations.  They are not completely avoidable.  However, you can cut down on them considerably.  How?  Ask as many questions as you can.  Anyone who is in this business should learn to qualify your prospects long before getting someone in a car or researching a CMA.  The more information that you can get from them the better.  Anyone who has a hard time answering your questions shouldn't get as much as a pencil mark in your planner.  Your time is your money and you don't want to waste either.  If you are a rookie don't chase after that mystery lead.  If they don't want to tell you a simple thing such as their address then chances are you won't have a chance at getting them to make an offer on something.  When I speak with someone I tend to get as much information as I can.  If they don't want to give up the 411 then it is a good idea to end the conversation.  Not only is it a good practice for your business but also for your safety.

I have a stack of forms sitting on my desk that I use whenever I SPEAK with someone (the initial internet contact is a whole different animal).  Having that form handy gets the lines of communication going between you and your client.  It is a most useful tool to have and it makes sure that you cover the basics.  It is the basic questions that will keep you in the red and you or your agents working with the right people.  Sometimes this is our first communication, sometimes it is after we have traded several emails.  The point is that I now have several ways to get in touch with them, I know who will be involved in a purchase, I have an idea of what their financial plans are for making a purchase, I know if they have a home to sell and I can generate a referral from that, I know when they plan to purchase, I know what they are looking for and most importantly I know if they are working with other agents.  What I don't know is if they talk to each other but that is a subject for a different website! 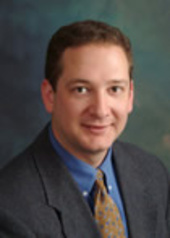