SAN JUAN COUNTY - If being spotlighted on NBC's "Today Show" was not a big enough deal, the Farmington and San Juan County real estate market was highlighted Monday by the National Association of Realtors as one of the top 10 fastest-growing places in the country.

The news comes on the heels of a U.S. Commerce Department report released Dec. 28 that showed U.S. new-home sales dipped 9 percent. "We are basing our local market information on the third-quarter metro home price report that showed Farmington with an 8.1 percent increase in the existing home sales price from third-quarter to third-quarter," wrote Liz Giovaniello, a spokeswoman for the association.

Giovaniello notified The Daily Times of the impending news, which was embargoed for release until 10 a.m. Eastern time Monday. The local market ranked No. 10 on the national list of 150 metro areas for home sales price gains. Bismarck, N.D., came in No. 1 at a 15.1 percent increase, followed by Salt Lake City at 14.1 percent.

"Since this report literally can move the stock market the Securities and Exchange Commission monitors us closely to make sure we release to everyone at the same time," she wrote.

The news came in connection with the National Association of Realtors' characterization - based on a four-tenths of 1 percent increase in November sales nationally - that the home sales market has stabilized "in the wake of mortgage disruptions earlier this year."

The national news struck Century 21 SoWesCo Associate Broker Jean Cox-Lovell as curiously timed. It's really interesting, coming this time of the year," Cox-Lovell, who has sold homes in this market for 32 years, said. "We had an unusually busy selling pattern during this holiday season." She added that the depressed trends that have affected home sales nationwide - foreclosure rates, the lending crisis and decline in home values - don't push San Juan County statistics around in the same way. "It's because of the oil-and gas-market, and the high input into local trends of the amount of retail shopping available in this area," Cox-Lovell said.

"(The report) shows, once again, it is too soon to talk about stabilization in housing activity," Ryding wrote Dec. 28.

Homes in San Juan County sold for median prices between $200,000 and $275,000, according to Elizabeth Tafoya, incoming president of San Juan County's Board of Realtors.

"We're not artificially inflated, and we have affordable housing," Tafoya said. "We have some foreclosures, but they're mostly in the manufactured home market."

She explained that lower-priced home sales is a more volatile segment of the local housing market. That Farmington, with its 8.1 percent increase in existing home sales price, would be as healthy as it is does not surprise Tafoya.

The housing market "went out of control" even in the state's metro areas, and took a hard fall, Tafoya said. The oil-and-gas market used to make the real estate market go up and down," Cox-Lovell said. "It doesn't do that any more because of the effect of the high amount of retail shopping."

In light of the roller coaster ride that has been the national home real estate market in recent months, outgoing Board of Realtors President Rosemary Hart hopes local buyers and sellers will learn a lesson. "News about the foreclosures, lending crisis and decreases in value nationally gave us an unnecessary scare here, but didn't really affect us," Hart said. "But people panicked and we saw a decrease in sales. Other than what I call the panic stage,' we've had steady sales." Her advice to people considering buying or selling here this year is to do their homework, but make sure it's homework that's based on the local real estate market. "They need to get the most up-to-date statistics about our specific market, not New Mexico or the West," Hart said. The brief bump that resulted from the local reaction to national news about home sales, Hart added, gives a true indication of the tried and true real estate agents' maxim: Location, Location, Location: "Stay focused in your location when you get educated," Hart said. "The house you're buying or selling isn't in Las Cruces or Roswell."

Housing markets by the numbers

Up 4 percent in the West

Up 8.1 percent in San Juan County

For more information on the opportunities here in Farmington, New Mexico call Tonya Bush, Rocky Mesa Realty, Inc at 505-716-5190 and ask how you can build wealth through homeownership or visit www.rockymesarealty.com.

Oh my...it's so nice to hear some good news.

I hope you continue to build on that momentum and things are great for this year and beyond.

Like
Tonya Bush
Home Team Realty - Los Lunas, NM
Hi, Michael - yes indeed, it's nice to have good news to report.  I have to tell Buyers and Sellers here that this is an area where you cannot rely on the doom and gloom of the national media.
Like
Back to Top
Rainer
3,266 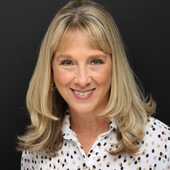