President Bush signed into law Thursday a bill creating a temporary tax break for homeowners who are able to persuade lenders to forgive part of their debt, and extends a tax deduction for some families with private mortgage insurance.

For the next three years, the IRS won't count as income debt forgiven by lenders when troubled borrowers negotiate short sales or workouts on their primary residence that involve forgiveness of part of their debt.

HR 3648, the Mortgage Forgiveness Debt Relief Act of 2007, also extends for three years a tax deduction allowing families earning $109,000 or less to deduct all or part their private mortgage insurance premiums from their taxable income -- which could save them an average of $350 a year.

In signing the bill, Bush said that not counting forgiven debt as income for tax purposes "will increase the incentive for borrowers and lenders to work together to refinance loans -- and it will allow American families to secure lower mortgage payments without facing higher taxes."

Richard Gaylord, president of the National Association of Realtors, said NAR has been advocating for such a change to the IRS tax code for nearly 10 years.

"We have always believed that it is clearly an issue of fairness and of not kicking people when they are down," Gaylord said in a statement.

As originally passed by the House Oct. 4 in a 386-27 vote, HR 3648 would have made the exemption permanent, and extended the tax deduction for private mortgage insurance until 2014. But those steps would have eliminated about $2 billion in tax revenue over a 10-year period, a problem the bill sought to offset tightening the rules for claiming a deduction on the sale of a second home.

The Bush administration argued that an exemption for forgiven debt should be temporary, and objected to provisions raising taxes on the sale of second homes. The Senate amended HR 3648 to address those concerns, and those changes were agreed to by House lawmakers in a Dec. 18 voice vote.

The deduction for private mortgage insurance allows families with an adjusted gross income of $100,000 or less to deduct all of their premium payments. Families with incomes up to $109,000 are eligible for partial deductions.

The private mortgage insurance deduction was first approved late in 2006 and initially applied only to the 2007 tax year. With the passage of HR 3648, the deduction has been extended to mortgages originated between 2007 and 2010.

Extension of the tax deduction for mortgage insurance premiums was part of the Mortgage Forgiveness Debt Relief Act of 2007 approved earlier this month by both the U.S. House of Representatives and the U.S. Senate.

Kevin Schneider, president of the Mortgage Insurance Companies of America (MICA), said borrowers who can claim the deduction could save an average of $350 a year.

The cost of private mortgage insurance -- required by most lenders on loans with less than a 20 percent down payment -- is going up, as companies that provide it raise their rates in the face of mounting losses.

MICA reports there was $790.5 billion in primary private mortgage insurance in force as of October, up 17 percent from $650.2 billion a year ago. The number of primary insurance defaults in October hit 59,308, up 28 percent from the same month a year ago. 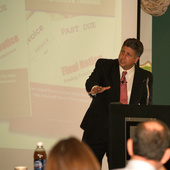