TripAdvisor, one of the largest travel websites, named the winners of its 2013 Traveler’s Choice Beaches Award this week.

Four Great Reasons to consider Hawaii as a second home or a permanent one!

These awards are based on “feedback from millions of TripAdvisor travelers.”  There were 276 winning beaches named around the world.

The Travelers’ Choice Beaches Awards are based on the quality and quantity of traveler reviews and ratings for beaches on TripAdvisor gathered over a 12-month period since the 2012 awards.

For more information on Wailea, Maui, Hawaii Real Estate, we invite you to track recent listings/sales on www.MauiRealEstateAdvisors.com / www.4MauiRealEstate.com. 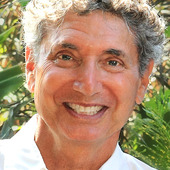