This was an amazing speach by Dave Ramsey at our Famiuly Reunion Convention!

“Never buy a car from a real estate agent,” Dave Ramsey jokingly advised. “I know how you drive. You go across fields and run into mailboxes.” Ramsey’s parents sold real estate. He sold real estate. His children sell real estate. And because of Ramsey’s strong identification with real estate professionals and the financial issues they face, he was thrilled to have the opportunity to talk with Keller Williams associates.

Ramsey congratulated KW on its rise to #1 and then recounted his own boom and bust years in the real estate industry. He sat for his real estate license when he was 18 years old and sold his first home three weeks later. By 20, he had a broker’s license.

“I set up a farm, gave my clients pumpkins at Halloween and controlled 98 percent of my market,” he said. “In the next few years, I lost everything. I was sued, foreclosed on, had a baby and went bankrupt. I had to start over. That’s how I learned how money and business really work.”

Ramsey shared with the attentive audience his five principles of EntreLeadership:

“If you don’t have people at your core, you will fail,” Ramsey said. “Your customers matter. They’re not transactions. They have stories.” And because real estate agents often deal with people during their toughest times, there’s stress and drama. Ramsey urged attendees to always remember that the members of your team are people. “Your competitors are people, too,” he said. “And sometimes we all need a little grace.”

You don’t get to #1 unless you like to help others, Ramsey observed. “And if you help enough people, you don’t have to worry about money.”

An Incredible Team and Culture of Excellence Matters

“If you’re going to build an incredible team, hiring and firing matter,” he added.

Ramsey uses the DISC assessment to keep “crazy” at bay. “When ‘crazy’ comes into the building, we try to find out which door they used,” he said.

Ramsey also relies on his wife’s counsel. “I don’t make major decisions unless we’re in agreement,” he said. “If I’m in a big meeting with FOX business, she’s in the meeting. If I’m discussing a deal with Simon & Schuster, she’s in the meeting. I always ask her how she feels. I’ve only overruled her ‘feeling’ twice. And both times ended as disasters.”

Ramsey’s hiring process includes a final interview over dinner with the hiring authority, the candidate and both of their spouses. “You better know what you’re getting into,” he said. “When you join our team, you’re on our team. No one’s loyal to companies anymore because companies aren’t loyal to people.”

It’s also important to treat people as you want to be treated. Ramsey shared a story of an employee whose child was diagnosed with leukemia. He immediately gave her six months off with pay. And during that time, the family never had to mow their yard or prepare meals. Ramsey’s team “got organized” to cover it all. “They’ll do anything for me because I’ll do anything for them,” he said. “That’s how you build a culture of excellence.”

Ramsey has a zero tolerance policy for gossip. “I have no secrets,” he said. “That makes it easy. My failures are my brand. And failure is just the pile of stuff you stand on as success.”

“The businesses that succeed are not microwaves but crockpots,” Ramsey observed. The biggest reasons for business failure are cash flow problems and growing too fast. “Don’t outrun your supply lines,” he advised. “When I was broke, I decided to learn from millionaires. Now I want to learn from billionaires.”

Ramsey recounted a meeting he recently had with one of these billionaires, who said the best business lesson comes from “The Tortoise and the Hare” story. Ramsey said market cycles clean out the trash. “Those of you in this room today have the heart of the tortoise,” he said.

Ramsey believes strongly in lifelong learning. “How do you grow in your personal life? Reading and coaching. Personal growth moves the needle.”

Ramsey urged all Keller Williams associates to follow his basic rules of finance: Stay out of debt, follow a written plan and save money. “When you have a bad idea and borrow money, you pay big,” he said. Create an emergency fund to cover at least 3-6 months, pay in cash, invest for the long-term, live on less than you make and be generous.

“If you can’t find a purpose in your work, you need to find other work,” Ramsey said. Money’s nice, but it’s not everything. “If you eat enough lobster it tastes like soap.”

Ramsey concluded by challenging everyone in attendance. “You have what you need to win but it’s up to you. It’s as you will it.”

Excellent script for success, no matter the business model...thanks for sharing this. 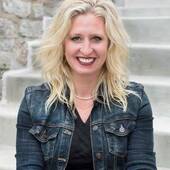 As the market is changing, so are other things!! With the past 6 out of 7 years in the Tye Team, I am now developing my own new adventure The Debbie Long Team! I am proud to say today is Kick off Day. I can not express my gratitude to my partner in Real Estate for so many years. Thanks Derek and I know we will both be successful! To my clients, Friends and Family, I cannot express the gratitude over the past few years. I look forward to helping each of you with all your continued buying and selling of Future Real Estate! Debbie