It was a quiet week for mortgage rates. Most of the economic data came in close to expectations and the Fed Minutes contained no major surprises. As a result, mortgage rates ended the week just slightly higher.

The primary message that investors received from the highly anticipated Minutes from the January 30 Fed meeting was that Fed officials remain divided on the outlook for the Fed's MBS and Treasury purchase program. The Fed's current position is that the program will continue until substantial improvement in the labor market takes place, specifically until the Unemployment Rate declines to 6.5%, as long as inflation remains below 2.5%. According to the Minutes, concern about the costs and the risks of the program appears to be growing, causing some officials to suggest that the program may end before the labor market goals are reached. The Minutes left investors more uncertain about future Fed policy.

The inflation reports released this week showed that current levels of core inflation remain far below the 2.5% rate that would begin to concern Fed officials. January Core CPI, which excludes food and energy, was 1.9% higher than one year ago. January Core PPI was even lower. Fed officials generally prefer to look at core inflation levels, which exclude the most volatile components like gas prices and give a clearer picture of long-term trends. One concern about the Fed's current easy monetary policy is that it could lead to higher future inflation. If core inflation were to climb sharply, it would pressure the Fed to scale back its stimulus, which would not be good for mortgage rates. For now, though, there are few signs of higher core inflation to worry investors - mortgage rates need to remain low to build buyer confidence and get buyers to start purchasing again.

The Feds divided outlook creates uncertainty and will cause more upward pressure on interest rates. 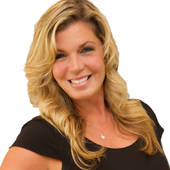