I'm pretty excited about this one, folks! My husband was a huge Lynyrd Skynyrd fan and thanks to him I came to be one as well. Oh, don't worry friends, I'm still the same Tish you've always known; a dyed in the wool Brenda Lee and Johnny Mathis fan. But when it comes to Southern Rock few do it as well as Lynyrd Skynyrd.  Did you know that the man they named the band after, Leonard Skinner, went on to sell real estate after he left teaching?  Just a little useless piece of trivia for you to dazzle your friends with!  Oh, I know it's not exactly the same band we remember from the 70's, but if you'll take a few minutes to listen to some of their newer tracks, I think you'll be pleasantly surprised.  Yes, I've listened to some of their new music, you don't think I'd recommend the concert if I hadn't, do you?

On Thursday, April 11, 2013 at 7p they'll be in Downtown Wilmington, 411 N. Front Street to be exact, helping us all celebrate Azalea Festival 2013 and great Southern Rock. Tickets are $40 and can be purchased here.  It's standing room only (who can sit when they're playing anyway?), rain or shine and chairs, bookbags and umbrellas are not permitted.

I'm really looking forward to this concert; I think my favorite cousin, Tommy, is even going to come up from SC to go with us. Which means it'll be a real party! Hope we'll see you there!

It's okay, Roger.  I'll be posting about some of the oldies we both love soon.  And Cinnamon better just keep out of here with that nonsense she calls music.  It's in insult to the ears and to all true musicians!

I love you Tish!

Leesa ~ It's about time the whole world knew CA isn't the only cool chick in this operation!

Hmmmmmmm, country rock to real estate - now that's a change!!!  Glad to see you're back!!!

I remember when WPDQ Radio in Jacksonville premiered the song, "Free Bird".  We were literally jumping up and down.

I saw Lynyrd Skynryd several times in the 1970's, including Ozark Music Festival and the August Jam.

I see you are a true fan as well, Fred!

Welcome back TIsh and personally, I prefer the oldies.

Thank you, Leah!  I admit to a preference for the oldies, but my toes do tap when I hear 'Sweet Home Alabama'! 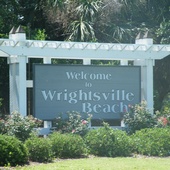 Tweet
Wilmington NC
Contact Me
Considering buying or selling a home in New Hanover County NC? I'd love to help you achieve your goals! Give me a call today!
Tish Lloyd
Call: (910) 547-1446
My Wrightsville Beach Real Estate Listings on Zillow
Swellinfo surf forecasts