I’ve been renting property for nearly 10 years now.  Over those years, I’ve made more mistakes that I personally care to admit.  On the bright side, those mistakes helped lead me to launch AccuRental Tenant Screening so that I could help landlords avoid the pitfalls that I ran into as a “green behind the ears” landlord.

First, landlords who don’t treat running their rental properties as a business often make painful and expensive mistakes that business owners don’t.  As a landlord, you’re not a charity organization.  You’re not a homeless shelter.  Certainly, this does not mean you cannot have a heart, but if you want to avoid annoying – and probably very expensive – problems in the future, approach your properties as a business, not a charity.  By treating your operation as a business it’s easier to take the emotions out of it and this was one of my first lessons as a landlord.

I did not always follow this rule.  In fact, I had to evict my very first tenants because I let emotions rule my decisions rather than following business rules.  Evicting tenants is NOT fun, but any rent that your tenants are not paying, is money that is coming directly out of your wallet.  When I originally met these tenants, I felt bad for them as they had a really sad story.  They were having problems finding a place, they had young kids and the mom was doing part time sewing work to help them get by. Life was tough for them and I thought that I could help them out. How can you not want to help?

Because of my heartfelt desire to help, I didn’t do all of my diligence on them before they moved in. If I would have called all their references, checked into their credit history, and just used the tenant screening resources that were available, I would have found out why they were having problems finding places to live.  It was because other landlords were following screening systems and checking references and avoiding them like I should have. Their credit was a mess because they habitually didn’t pay their credit cards, car payments, or old student loans.  One member of the household also had a fairly substantial drug conviction on his record.

To make matters worse, I didn’t take immediate action when they missed a payment in October. Always trying to be the good guy, right?  Well, I tried to help them because of the issues they previously had.  Fast forward to December and they ended up with three months of free rent at my expense. Never mind the week over Christmas it took me to repaint the entire suite, to repair the damages and to replace everything that was broken (they only moved in during the summer!).

Ultimately, push came to shove.  If I had taken action immediately and made it clear to the tenants that rent had to be paid, or they had to leave, I would have saved several thousand dollars and likely much of my time that was spent revitalizing my beautiful property.  Unfortunately, I missed that opportunity.

I don’t want anyone to have to go through some of the mistakes I made as a new landlord, which is where AccuRental comes in. What I’m attempting to do is create a tenant screening resource for all the aspiring landlords out there who simply do not have the time or resources to use the expensive background search options that are out there.

I knew that I could have a credit check performed on all my applicants, but I was terrified about having an onsite inspection of my “rental office.”  My rental office consisted of the den in my house.  Somehow I thought that if the credit bureau saw that I was a landlord who operated his business out of his den, I would get into some sort of trouble (which obviously wasn’t the case).  I also didn’t think it was possible to have a criminal record check performed without hiring a private investigator.  Maybe that was the case way back when, but it certainly is not anymore.  AccuRental erases these fears.  Through our partnership with one of the main credit bureaus, a landlord is able to perform a credit check on an applicant without submitting to an onsite inspection.  Since all of our tenant screening services are considered “applicant-initiated,” they are entirely FCRA compliant even without a site inspection.

In addition, all of our Tenant ScoreCards come with a nationwide criminal record search.  You will know whether your applicant has an active warrant, is a registered sex offender, or has a criminal record that has been reported by state court.

Don’t make the mistakes that I did.  Have a heart, but don’t let it make all of your decisions.

Good for you for writing this. . . I will print this off and give this to all my clients who plan to be landlords.  The screening process is very important. . .So is receiving the rent on time.  It is too bad that so many landlords have been burned by their tenants.

Tenant screening is an absolute must.  Jim

Great information.  This is a must for all tenants.

$15 for a complete Tenant Screening is a great deal, Justin!    And having the Tenant initiate the Credit Release is an excellent idea. 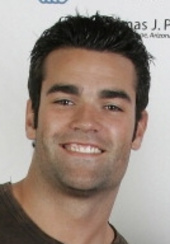