Life in Phoenix, Arizona offers great weather year round, a vibrant community and the top accommodations all in one place. The Phoenix Metropolitan area consists of several cities, including Glendale, Tempe, Buckeye, Mesa, Litchfield Park, Avondale, Sun City and many more-- all within Maricopa County. As the Nation’s second fastest growing state, with more than 4.2 million people, there’s amble opportunities offered when living in Phoenix.

Life in Phoenix is full of things to do as the area covers nearly 1,000 square miles. With more than 180 private and public golf courses, 67 man-made and natural lakes, the Desert Botanical Garden, the Arizona Opera Company and more than 30 museums, there’s always something to do when living in Phoenix.

Not only is Phoenix, Arizona home to affordable housing, but a wonderful lifestyle due to the exceptional weather and the availability and quality of arts and culture-- ranking 5th in the Nation. With an average rainfall of less than 8 inches annually and more than 300 sunny days per year, whether you’re working, playing or living in Phoenix, it’s the ideal place to be.

Extending over 80 miles east to west and 40 miles north to south, there’s a variety of nature surrounding every area of Phoenix Metro, each offering adventure. Life in Phoenix is full of wonder and natural beauty as there are numerous mountains, plains, lakes and rivers for you to explore while living in Phoenix.

No matter where you choose to live in Phoenix Metro-- Buckeye, Avondale, Gilbert, Mesa, Surprise, Paradise Valley and more-- you’ll love the community and lifestyle the area has to offer.

To learn more about residing in one of the Phoenix Metro areas, give Steven Larson a call to discuss your options. 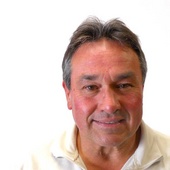