The worst return on investment with home remodeling projects

Recently I was writing on the return on investment with various remodeling projects, little did I know that someone would turn that on its head and look at the worst return of investments. Bob Villa, once upon a time the host of HGTV's This Old House, wrote that the worst of the worst is a built in home aquarium and to avoid worsening the worst don't even consider turning it into a reptile dwelling. Ugh!

Just slightly better is the addition of built in electronics systems. The problem here is that they become out of date before the ink is dry on your receipt. One seller bragged to the appraiser that he had spent 20% of the estimated value of his home on a built in sound system. In this case that was $650,000 essentially down the tubes. That sounds like a bad idea. Pun intended.

A third example of shooting oneself in the foot involves eliminating a bedroom to gain a walk in closet. In home inspections I have seen this successfully done in very old houses where the bedrooms were often maxed out with a twin bed but this type of housing stock in diminishing and most of the time this will hurt both the sale price and the time on market.

Bob also mentions that basement projects most often provide a poor return when compared to a similar effort above grade. He feels that finishing an attic, installing a dormer or even raising the roof will beat the basement improvement every time. Your mileage may vary. A wine cellar that can double as a storm shelter my well bring a decent return in some areas.

As a final note, depending on your location, the return on yard/outdoor living space can well yield rotten returns. When I lived in Tucson the yard could be used almost everyday of the year. Now I live in western Minnesota and I can make a tank of propane last two years even if I cook out every nice day - well almost.

As a final reminder Bob suggests keeping in mind what the appraisers call "cost to cure". What will it cost to restore a bad investment to salable form? Now I need to figure out what to do with my pet Boa constrictor and .....

I'm with you on the aquarium and never a reptile tank.  A lot of people will not even step in a house with reptiles in it no matter how secure the tank.

Thanks for stopping by. I really don't have a snake but I used to have a gallon pickle jar filled with formaldehyde and a 5' snake in it on my dresser when I was in school. It kept people from getting into my stuff. ;-)

Thanks for stopping by, Mike. Yeah, snakes not good.

The home aquarium is the worst of the worst remodeling investment?  This baffles me!!!  I suppose you'd need to fill it with sharks & swordfish to make it worth the cost.

My thought, as a former salt water aquarium owner, most sane people would not want to pay to add that much work to their daily lives. On second thought, sharks and misbehaving kids might be a good mix from time to time.

Marshall - Every time my husband and I remodel something in our home I always put my Realtor hat on otherwise we'd be living in a sinking ship.

Michelle, thanks for stopping by. Wow, blogs DO really last foever.

Marshall, great article and I think we can. all be in agreement about home improvements that really are not. I used to love watching This Old House 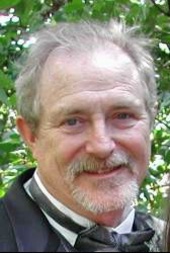