The sun rises in the east and, almost as dependably, someone in Congress comes up with the bright idea of chipping away at the mortgage interest rate deduction. Think of all that money Washington could spend!The National Association of Realtors® is one of the main reasons that idea doesn’t get much traction – nor many of the other threats to the traditional benefits Tampa Bay homeowners enjoy.

The reason homeowners (even those without mortgages) shudder at attacks on the interest rate deduction is that the result would be to abruptly X-out a great chunk of the home-buying public. That includes most young couples and many other groups, including many retirees who are currently just squeaking by. Home values would necessarily drop; jobs in the new home-building industry, dry up.

The disruption of the real estate market (the largest part of the national economy) would spread mayhem through many other sectors. If the damage were widespread enough, total tax revenues might even drop! Every year, the National Association of Realtors funnels local members’ dues into providing a strong bulwark against the forces that threaten homeowners.

The NAR spends over $40 million annually on campaigning and marketing public service messages about the benefits of homeownership. During the recent world financial debacle, they countered the doom-and-gloom headlines. The underlying good news never changed: owning a home is still one of the most attainable ways average Americans can build long-term wealth. Facts:

When you have owned your home for only a year or two, you may still be waiting to confirm all that wealth-building potential the National Association of Realtors is always championing. Nevertheless -- for Tampa homeowners who have 10 years or more under their belts – the equity they are likely to have accumulated is at least partly due to the efforts of the NAR. We all know that real estate is a supremely local thing. But sometimes it’s nice to know that REALTORS in Tampa are doing their part to look out for us all at the national level.

Yep.  End the MID and watch what's left of the economy go down the drain.

Of course, they want more money.  It gives them more to spread around to their cronies.

The shine is OFF members of congress.

It would be a sad day when they take the mortgage interest deduction away from homeowners. They continue to search for additional revenue when they fail to find ways to limit spending. Seems like the only thing they are doing lately is wanting even more money to spend. This is about the only tax benefit that most people have anymore from home ownership and to see it go would be wrong and it will not solve the issues in Washington.

Thanks for the input Lenn and David. 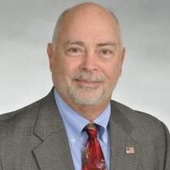