When I was a kid, adults used to bore me to tears with their tedious diatribes about how hard things were when they were growing up; what with walking twenty-five miles to school every morning...uphill both ways through year 'round blizzards ...carrying their younger siblings on their backs... to their one-room schoolhouse, where they maintained a Straight-A average
despite their full-time, after-school job at the local textile mill....where they worked for 35 cents an hour just to help keep their family from starving to death!

And I remember promising myself that when I grew up, there was no way in hell I was going to lay a bunch of crap like that on kids.... about how hard I had it and how easy they've got it! Now that I'm over the ripe old age of thirty, I can't help but look around and notice the youth of today. You've got it so easy! I mean, compared to my childhood, you live in a damn Utopia! And I hate to say it but you kids today you don't know how good you've got it!

I mean, when I was a kid we didn't have The Internet, we wanted to know something, we had to go to the damn library and look it up ourselves! There was no email! We had to actually write somebody a letter....with a pen! Then you had to walk all the way across the street and put it in the mailbox and it would take like a week to get there!

There were no MP3s or Napsters! You wanted to steal music, you had to go to the damn record store and shoplift it yourself! Or you had to wait around all day to tape it off the radio and the DJ'd usually talk over the beginning and f@#* it all up!

You want to hear about hardship? You couldn't just download porn! You had to bribe some homeless dude to buy you a copy of "Hustler" at the 7- 11! Those were your options. We didn't have fancy sh-t like Call Waiting! If you were on the phone and somebody else called they got a busy signal! And we didn't have fancy Caller ID Boxes either! When the phone rang, you had no
idea who it was! It could be your boss, your mom, a collections agent, your drug dealer, you didn't know!!! You just had to pick it up and take your chances, mister!

3-D graphics! We had the Atari 2600! With games like "Space Invaders" and "Asteroids" and the graphics sucked! Your guy was a little square! You had to use your imagination! And there were no multiple levels or screens; it was just one screen forever! And you could never win, the game
just kept getting harder and faster until you died! ... Just like LIFE!

When you went to the movie theater there no such thing as stadium seating! All the seats were the same height! If a tall guy sat in front of you and you couldn't see you were just screwed!

Sure, we had cable television (Some people did)! We had only the 3 channels that came in from the antenna on top of the house. I thought we were really lucky when Fox came along and we had 4 channels!), but back then that was only like 20 channels and there was no onscreen menu and no remote control! You had to use a little book called a TV Guide to find out what was on! You were screwed when it came to channel surfing! You had to get off your ass and walk over to the TV to change the channel and there was no Cartoon Network!? You could only get cartoons on Saturday Morning... D'ya hear what I'm Saying!? We had to wait ALL WEEK, you spoiled little bastards!

There was no printing 3 or 4 copies. We typed with carbon paper on a manual typewriter. If you made a mistake on the document and you were almost at the end...you had to start all 4 all over again.

That's exactly what I'm talking about! Kids today have got it too easy. You guys wouldn't have lasted five minutes back in 1980.

Family Abstract has been doing title insurance for close to 30 years, we were, at one time the "new guys" but after almost 30 years I don't knwo of we're a newie or an oldie.  I wish you all a great day!

Glenn, my daughter is 20 and must have a thing for nostalgia. She actually bought a Poloroid camera (she already has a great Canon Rebel Ti2) and today she told me she wants to buy a phonograph. My response, "Where will you get records?"

We didn't have Cable TV until AFTER I was out of high school! LOL

Tammie:  Actually, vinyl records are still very much around.  New stores... more like little vinyl boutique stores... are popping up all the time.  I would not be surprised if there were several of them in the Greater Nashville area.  There are three or four vinyl records stores in the Fort Worth area, and I know there are about a dozen of them... some of which have been open for years, in the Greater Cleveland area.

So... vinyl records are very much available, and in general, the sound on them is excellent.  Much warmer and "fuller" than on CD's.

Patricia, THANKS SO MUCH FOR MAKING THIS A FEATURE ON YOUR WEEKLY WRAP UP, I SINCERELY APPRECIATE YOU!!

Charita, one of the local radio stations actually would have a stream on their website toi tell you the name, artist and title of the song, in the very beginning of internet radio,.

Debbie, It's our turn, like my father says, "Only the faces change"

Jim, We persevered, we pushed through, we played outside.  Was Pong really ever a quarter?

Roger, you can have one pass!

Richard and Beth, I think they next generation will have nothing I will understand even how to turn on.

Jill, Want to help me co-write?

Karen, If your 70-, send me some of your secret sauce!!!!!!!!  Did you plaguerize your reports off the same and only reference material available, like me and the other 24 kids in class?

Susan, Loved the mimeograph machine, when the teacher would pick me to make the copies and I would miss half the class rubbing the blue stuff off my hands.

Karen, interesting you bring up the music, I was just having that discussion, in the "Old" days one composer would create a song and everyone would sing it, now, it's just a big fat mess!

Great post. I'm not sure exactly when but I've become my father. Way past 30,-)

Mitchell it started at birth and was just waiting for it's opportunity to come out!

Walking to school uphill on both directions.... yep I heard that one too!

But, on the Positive Side - much of what we had WAS better.  We drove Big Cars, not the Clown Cars that people  are driving today.  We bought a half-gallon of Orange Juice, it was 64 ounces, not 59 ounces.  When we took a shower, it was a shower - not a trickle of water courtesy of some low flow showerhead.  Etc. etc.

This post is a beauty, Glenn! So happy I stumbled upon it!

Glenn, if that's the life you had, it was a piece of cake. We had a black & white TV and there were 12 channels, no remote and very limited programming. Everyone had a set of encyclopedias, and the theaters were all neighborhood movie houses where you paid a quarter and hid when the movie ended so you could see it again

I love all this reminiscing.  Some of us can remember when personal computers became available for purchase.

Oh Ed, come on, did you walk 7 miles to school in the snow, Uphill both ways too?  LOL

Sharon, you just had to have a room big enough to hold it.

Hi Glenn, funny! I can think of a whole lot more since I grew up in the seventies!  Good to see a title guy on the rain!

Tracey, give them up, I can usee the material!

Glenn-Imagine what the pioneer families would think of us tenderfeet of today. My air conditioner is broken, no latte at Starbucks, wwwwwwwwwaaaaaaaaa. 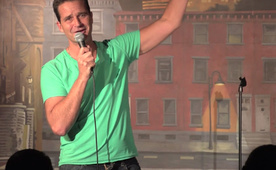